Jonah Goldberg
|
Posted: Apr 07, 2016 7:00 PM
Share   Tweet
The opinions expressed by columnists are their own and do not necessarily represent the views of Townhall.com. 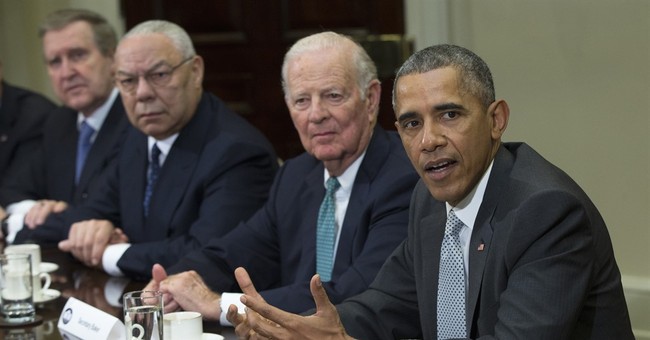 Trending
For years, supporters of free trade have been trying to reach a bipartisan consensus on the issue. They've finally succeeded. Free trade is now unpopular in both parties.


Perhaps because I am a conservative, I can at least understand where most conservatives are coming from in their opposition to free trade. Overt displays of nationalism and patriotism (which are not the same thing, by the way) are not merely tolerated on the right, they're often celebrated. Conservative intellectuals openly extol American exceptionalism while liberal intellectuals tend to deride the notion. Virtually no Republican politician agonizes over wearing a U.S. flag pin.


Meanwhile, the left adores cosmopolitanism, the United Nations and what some people call "transnational progressivism," or "one-worldism." Conservatives tend to scoff at all of the above, preferring national sovereignty and the American Way.


Of course, this stuff can go too far. That "freedom fries" business was silly.


Beyond a sincere misunderstanding about how trade works, the emotional case against free trade on the right boils down to "America first."


That phrase -- a favorite of pointedly nationalistic Donald Trump -- has complicated historical connotations, but let's leave all that aside. According to the protectionists, free trade is bad for American workers and some American businesses. America should come first. So we should do whatever is necessary to prevent bad things from happening to Americans. If doing so is bad for non-Americans, that's not our problem.
CARTOONS | Gary Varvel
View Cartoon

I think the math on all this is wrong. Free trade is good for most American workers and all American consumers, not just the "one percent." Indeed, it is largely thanks to trade that the average American worker is in the top 1 percent of earners in the world.


But the point is, I get where conservatives are coming from.


I'm more perplexed about where liberals -- and in Bernie Sanders' case, socialists -- are coming from. Last I checked, liberals considered themselves "citizens of the world." Barack Obama's famous campaign speech in Berlin (which was better in the original Esperanto) was all about the need to tear down the walls between nations. For the last decade, liberals in the Democratic Party and the media have invested enormous amounts of time and energy arguing that American citizenship is almost a technicality. The very term "illegal immigrant" is forbidden by most newspaper style guides.


Sanders says that he believes in "fair trade." What he means is that we can't be expected to do business with countries that pay their workers a lot less than we pay our workers. He suggested to the New York Daily News this week that we should have free trade only with countries that have the same wages and environmental policies as us, which is another way of saying we shouldn't trade with poor countries.


In practical terms, Sanders wants to keep billions of (non-white) people poor -- very poor. If America were a flea market, his policy would be akin to saying, "Poor people of color cannot sell their wares here, even if customers want to buy them."

International trade, led by the United States, has resulted in the largest, fastest decrease in extreme poverty in human history. Roughly 700 million Chinese people alone have escaped extreme poverty since 1980, and most of that is attributable to China's decision to embrace the market economy and international trade. Want to keep Africa as poor as possible? Throw up as many trade barriers as you can.