Better Here Than There 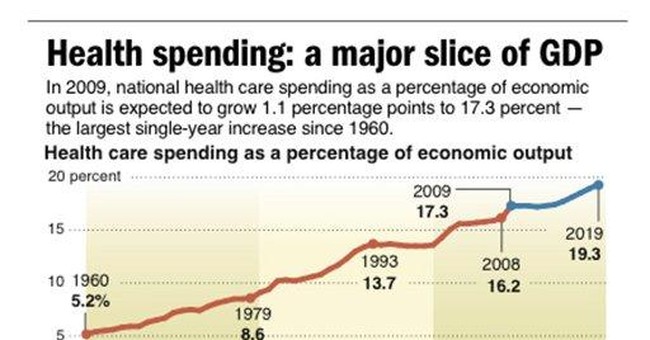 "I have been over into the future, and it works."

Lincoln Steffens, the muckraking journalist, offered that review of the Soviet Union on his return from a fact-finding mission there. For decades, conservatives invoked that line as proof that a generation of progressives were Soviet fellow-travelers. Conservatives were far from entirely wrong, but the focus on communism obscured a more enduring dynamic: The left loves to press its nose against the window on the world and talk about how things are better "over there."

Indeed, a year earlier, Steffens had gone to fascist Italy and came back praising Il Duce's miraculous accomplishments. Before that, the cream of America's intellectuals were obsessed with emulating the "top-down socialism" of Bismarck's Prussia. Later, the New Deal was understood as part of the "Europeanization of America," in historian William Leuchtenburg's phrase. Liberal economist Stuart Chase, who coined the term "the New Deal," remarked: "Why should the Russians have all the fun remaking the world?"

In the 1980s, some economists, like Lester Thurow, and non-economists, like Robert Reich, Chalmers Johnson and James Fallows, argued that we needed to emulate Germany or, even better, Japan. "The Cold War is over," proclaimed Johnson. "Japan won." American liberalism's infatuation with Japan's industrial policy -- "Japan Inc." -- should be remembered as one of the great embarrassments of recent intellectual history.

But no, like butterflies always looking for a prettier flower, these intellectuals keep flitting to the next "proof" of America's shortcomings. For some, like New York Times columnist Tom Friedman, the prettiest flower out there right now is China. For others, it's France or Canada. For the truly demented, it's Cuba.

The problem with all such efforts is that they look abroad solely for what they wish to see at home. For instance, in an effort to push its green agenda, the Obama administration likes to tout the farsighted vision of Spain, which has invested heavily in windmills and other renewable technology. Never mind that today, Spain's economic crisis is just slightly less dire than Greece's, and politicized bets on green technology contributed to their problems.

Meanwhile, France's generous health-care system is widely hailed as so much more enlightened than America's. What Francophiles usually leave out is the fact that France's per-capita income is 30 percent lower than America's. Such a disparity, according to Nobel Prize-winning economist Ed Prescott, is the difference between economic prosperity and economic depression, and it's explained by France's much higher taxes.

Friedman has gone so far as to wish America could be "China for a day" and to suggest that its "enlightened" regime is preferable to our own. It's not that Friedman wants to abolish democracy, jail dissidents or force abortions. He's more like a drunk looking for his car keys where the light is good. He sees a nation doing things he thinks America should be doing, but doesn't look for what he doesn't want to see: the pollution, the cruelty, the lies and basic evil that are just as central to China's methods as its "enlightened" investments in this or that.

What unites all of these people is a form of power worship. These foreign governments and their experts have control over citizens and economics -- sometimes through democratic consent, sometimes not -- that the state doesn't have in America. Thus proving American backwardness.

Perhaps we're not backward at all. Maybe America simply values economic freedom over economic security more than most countries.

Regardless, the track record of such control, over the long haul, is abysmal, particularly in comparison to America's more unplanned approach (indeed, the world's planned economies often feed off American innovation to survive). The Soviets are in the dustbin of history; Japan Inc. is in its second "lost decade"; Europe is in an economic crisis; China's problems are hard to see because Beijing likes it that way. We have our own problems, but history shows the solution to them is not to be found in more centralized planning.

Politicians and planners have a tendency to lock into their idea of what works, long after it doesn't work anymore. If our government had China-like power in the 1970s, we would have banned natural gas. If it had such powers in the 1830s, we would have stuck with canals long after railroads were viable.

The future can't be found on a junket, and it never works until you get there.