Global Warming and the Sun 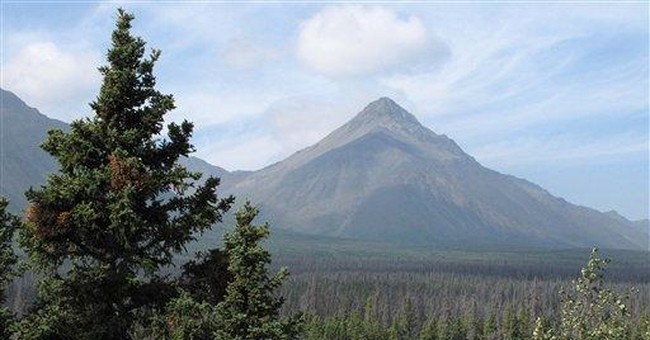 On the last day of August, scientists spotted a teeny-weeny sunspot, breaking a 51-day streak of blemish-free days for the sun. If it had gone just a bit longer, it would have broken a 96-year record of 53 days without any of the magnetic disruptions that cause solar flares. That record was nearly broken last year as well.

Wait, it gets even more exciting.

During what scientists call the Maunder Minimum -- a period of solar inactivity from 1645 to 1715 -- the world experienced the worst of the cold streak dubbed the Little Ice Age. At Christmastime, Londoners ice-skated on the Thames, and New Yorkers (then New Amsterdamers) sometimes walked over the Hudson from Manhattan to Staten Island.

Of course, it could have been a coincidence. The Little Ice Age began before the onset of the Maunder Minimum. Many scientists think volcanic activity was a more likely, or at least a more significant, culprit. Or perhaps the big chill was, in the words of scientist Alan Cutler, writing in the Washington Post in 1997, a "one-two punch from a dimmer sun and a dustier atmosphere."

Well, we just might find out. A new study in the American Geophysical Union's journal Eos suggests that we may be heading into another quiet phase similar to the Maunder Minimum.

Meanwhile, the journal Science reports that a study led by the National Center for Atmospheric Research, or NCAR, has finally figured out why increased sunspots have a dramatic effect on the weather, increasing temperatures more than the increase in solar energy should explain. Apparently, sunspots heat the stratosphere, which in turn amplifies the warming of the climate.

Scientists have known for centuries that sunspots affected the climate; they just never understood how. Now, allegedly, the mystery has been solved.

Last month, in another study, also released in Science, Oregon State University researchers claimed to settle the debate over what caused and ended the last Ice Age. Increased solar radiation coming from slight changes in the Earth's rotation, not greenhouse gas levels, were to blame.

What is the significance of all this? To say I have no idea is quite an understatement, but it will have to do.

Nonetheless, what I find interesting is the eagerness of the authors and the media to make it clear that this doesn't have any particular significance for the debate over climate change. "For those wondering how the (NCAR) study bears on global warming, Gerald Meehl, lead author on the study, says that it doesn't -- at least not directly," writes Moises Velasquez-Manoff of the Christian Science Monitor. "Global warming is a long-term trend, Dr. Meehl says. ... This study attempts to explain the processes behind a periodic occurrence."

This overlooks the fact that solar cycles are permanent "periodic occurrences," a.k.a. a very long-term trend. Yet Meehl insists the only significance for the debate is that his study proves climate modeling is steadily improving.

I applaud Meehl's reluctance to go beyond where the science takes him. For all I know he's right. But such humility and skepticism seem to manifest themselves only when the data point to something other than the mainstream narrative about global warming. For instance, when we have terribly hot weather, or bad hurricanes, the media see portentous proof of climate change. When we don't, it's a moment to teach the masses how weather and climate are very different things.

No, I'm not denying that man-made pollution and other activity have played a role in planetary warming since the Industrial Revolution.

But we live in a moment when we are told, nay lectured and harangued, that if we use the wrong toilet paper or eat the wrong cereal, we are frying the planet. But the sun? Well, that's a distraction. Don't you dare forget your reusable shopping bags, but pay no attention to that burning ball of gas in the sky -- it's just the only thing that prevents the planet from being a lifeless ball of ice engulfed in darkness. Never mind that sunspot activity doubled during the 20th century, when the bulk of global warming has taken place.

I don't know what it tells you, but it tells me that maybe we should study a bit more before we spend billions to "solve" a problem we don't understand so well.