Obama's Liberal Arrogance Will Be His Undoing 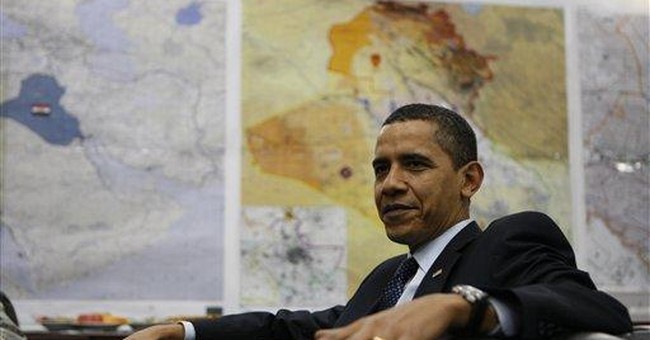 The most remarkable, or certainly the least remarked on, aspect of Barack Obama's first 100 days has been the infectious arrogance of his presidency.

There's no denying that this is liberalism's greatest opportunity for wish fulfillment since at least 1964. But to listen to Democrats, the only check on their ambition is the limit of their imaginations.

"The world has changed," Sen. Charles Schumer of New York proclaimed on MSNBC. "The old Reagan philosophy that served them well politically from 1980 to about 2004 and 2006 is over. But the hard right, which still believes ... (in) traditional-values kind of arguments and strong foreign policy, all that is over."

Right. "Family values" and "strong foreign policy" belong next to the "free silver" movement in the lexicon of dead political causes.

No doubt Schumer was employing the kind of simplified shorthand one uses when everyone in the room already agrees with you. He can be forgiven for mistaking an MSNBC studio for such a milieu, but it seemed not to dawn on him that anybody watching might see it differently.

When George W. Bush was in office, we heard constantly about the poisonous nature of American polarization. For example, Democratic pollster Stanley Greenberg came out with a book arguing that "our nation's political landscape is now divided more deeply and more evenly than perhaps ever before." One can charitably say this was abject nonsense. Evenly divided? Maybe. But more deeply? Feh.

During the Civil War, the political landscape was so deeply divided that 600,000 Americans died. During the 1930s, labor strife and revolutionary ardor threatened the stability of the republic. In the 1960s, political assassinations, riots and bombings punctuated our political discourse.

It says something about the relationship of liberals to political power that they can overlook domestic dissent when they're at the wheel. When the GOP is in office, America is seen as hopelessly divided because dissent is the highest form of patriotism. When Democrats are in charge, the Frank Riches suddenly declare the culture war over and dismiss dissent as the scary work of the sort of cranks Obama's Department of Homeland Security needs to monitor.

If liberals thought so fondly of social peace and consensus, they would look more favorably on the 1920s and 1950s. Instead, their political idylls are the tumultuous '30s and '60s, when liberalism, if not necessarily liberals, rode high in the saddle.

Sure, America was divided under Bush. And it's still divided under Obama (just look at the recent Minnesota Senate race and the New York congressional special election). According to the polls, America is a bit less divided under Obama than it was at the end of Bush's first 100 days. But not as much less as you would expect, given Obama's victory margin and the rally-around-the-president effect of the financial crisis (not to mention the disarray of the GOP).

Meanwhile, circulation for the conservative National Review (where I work) is soaring. More people watch Fox News (where I am a contributor) in prime time than watch CNN and MSNBC combined. The "tea parties" may not have been as big as your typical union-organized "spontaneous" demonstration, but they were far more significant than any protests this early in Bush's tenure.

And yet, according to Democrats and liberal pundits, America is enjoying unprecedented unity, and conservatives are going the way of the dodo.

Obama has surely helped set the tone for the unfolding riot of liberal hubris. In his effort to reprise the sort of expansion of liberal power we saw in the '30s and '60s, Obama has -- without a whiff of self-doubt -- committed America to $6.5 trillion in extra debt, $65 billion for each of his first 100 days, and that's based on an impossibly rosy forecast of the economy. No wonder congressional Democrats clamor to take over corporations, tax the air we breathe and set wages for everybody.

On social issues such as abortion and embryonic stem cell research, Obama has proved to be, if anything, more of a left-wing culture warrior than Bush was a right-wing one. All the while, Obama transmogrifies his principled opponents into straw-man ideologues while preening about his own humble pragmatism. For him, bipartisanship is defined as shutting up and getting in line.

I'm not arguing that conservatives are poised to make some miraculous comeback. They're not. But American politics didn't come to an end with Obama's election, and nothing in politics breeds corrective antibodies more quickly than overreaching arrogance. And by that measure, Obama's first 100 days have been a huge down payment on the inevitable correction to come.