Too Uninformed to Vote? 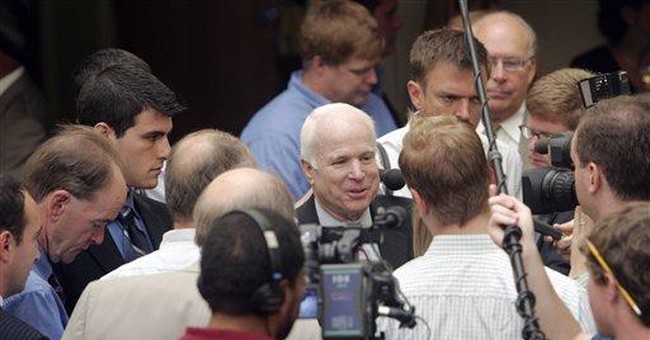 Can you name all three branches of government? Can you name even one? Do you know who your congressman is? Your senators? Do you even know how many senators each state gets? If you know the answers to these questions (and you probably do because you're a newspaper reader), you're in the minority.

A very high percentage of the U.S. electorate isn't very well qualified to vote, if by "qualified" you mean having a basic understanding of our government, its functions and its challenges. Almost half of the American public doesn't know that each state gets two senators. More than two-thirds can't explain the gist of what the Food and Drug Administration does.

Now, the point isn't to say that the American people are stupid, which is the typical knee-jerk reaction of self-absorbed political junkies. Rather, it's that millions of Americans just don't care about politics, much the same way that I don't care about cricket: They think it's boring. Ask me how cricket works and I'm likely to respond with the same blank, uncomprehending stare my old basset hound used to give me when I asked him to chase a Frisbee. Ask the typical American to explain, say, what a cloture vote is, and you'll get the same.

And yet, to suggest that maybe some people just shouldn't vote is considered the height of un-Americanism. As economist Bryan Caplan notes in his bracing new book, "The Myth of the Rational Voter," there are few subjects on which Americans are more dogmatic and ideological.

Consider the hoary cliche attributed to Democratic New York Gov. Al Smith in 1928: "All the ills of democracy can be cured by more democracy." As Caplan notes, this means that no evidence of any nature can ever, under any circumstances, be held against democracy: "A person who said, 'All the ills of the markets can be cured by more markets' would be lampooned as the worst sort of market fundamentalist. Why the double standard?"

One response is that democracy is at the core of our secular faith. But surely even democracy voluptuaries can appreciate that faith-based ideologies can be taken too far. We do not let children vote, yet no serious person would argue that our democratic values are significantly undermined because we bar 10-year-olds from the voting booth.

Voter-turnout fanatics concerned with more than mere aggrandizement for the Democratic Party argue that voting is a sign of civic health. But doesn't it matter why you vote?

Last summer, an Arizona activist went so far as to propose that every voter be enrolled in a state lottery, on the assumption that what our political system really lacks is more voters who need to be bribed with lottery tickets.

Some more serious people suggest that voting should be mandatory, believing that if the "disenfranchised" - often code for dream Democratic voters - cast ballots, the country would move profoundly to the left. John Kenneth Galbraith proclaimed in 1986: "If everybody in this country voted, the Democrats would be in for the next 100 years."

This last bit is almost certainly false. The evidence is that if every eligible voter voted, national elections would probably remain unchanged. "Simply put," political scientists Benjamin Highton and Raymond Wolfinger wrote in a 2001 article, "The Political Implications of Higher Turnout," U.S. "voters' preferences differ minimally from those of all citizens; outcomes would not change if everyone voted."

So, maybe, just maybe, we have our priorities wrong. Perhaps cheapening the vote by requiring little more than an active pulse (Chicago famously waives this rule) has turned it into something many people don't value. Maybe the emphasis on getting more people to vote has dumbed down our democracy by pushing participation onto people uninterested in such things. Maybe our society would be healthier if politicians aimed higher than the lowest common denominator. Maybe the people who don't know the first thing about how our system works aren't the folks who should be driving our politics, just as people who don't know how to drive shouldn't have a driver's license.

Instead of making it easier to vote, maybe we should be making it harder. Why not test people on the basic functions of government? Immigrants have to pass a test to vote; why not all citizens?

A voting test would point the arrow of civic engagement up instead of down, sending the signal that becoming an informed citizen is a valued accomplishment. And if that's not a good enough reason, maybe this is: If you threaten to take the vote away from the certifiably uninformed, voter turnout will almost certainly get a boost.