Villains and the Immigration Debate 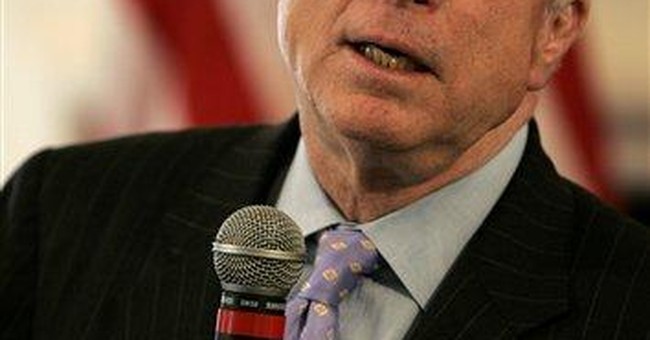 Did you hear the real reason President Bush is so gung-ho to cram his immigration "amnesty" bill through Congress? It's the first step toward creating the North American Union, where the United States, Canada and Mexico become one giant country and the dollar is replaced by the Amero. Just ask Lou Dobbs and Pat Buchanan about it.

Actually, that's not it at all. Bush is just a pawn in the Big Business-Welfare State axis (headquartered at The Wall Street Journal's editorial offices) to create a Latin American-style society with an exploitable brown-skinned workforce by day and pliant clients for ever-expanding big government by night.

These are just two of the theories enjoying wide circulation among conservative critics of "comprehensive immigration reform" today.

Linda Chavez, long a valued voice of reason on the right, recently all but declared that fellow conservatives who disagree with her on immigration pretty much have to be racists. "Some people just don't like Mexicans - or anyone else from south of the border. They think Latinos are dirty, diseased, indolent and more prone to criminal behavior. They think Latinos are just too different from us ever to become real Americans."

She went on: "Where once the xenophobes could advocate forced sterilization and eugenics coupled with virtually shutting off legal immigration from Œundesirable' countries, now they must be content with building walls, putting troops on the border, rounding up illegal aliens on the job and deporting them, passing local ordinances to signal their distaste for immigrants' multifamily living arrangements, and doing whatever else they can to drive these people back where they came from."

So, in other words, enforcement of existing immigration laws is the consolation prize for folks who can't realize their real dream of forcibly sterilizing Mexicans.

In a recent webcast of a Wall Street Journal editorial board meeting, the Journal's editors dismissed the editors of the National Review (their allies on almost all other issues) as "irrational" and driven by a "cultural" agenda that we at National Review refuse to divulge.

Even President Bush got in on the act, proclaiming last week that opponents of the Senate bill were nitpicking the legislation and scaring people because the nitpickers "don't want to do what's right for America."

Conservatives normally take great pride in the caliber of our intramural debates. But this is a shameful moment.

Oh, to be sure, there are racists, bigots, xenophobes and the like among the critics of immigration reform. Of this I am quite sure. I am also certain there are people who believe that the marketplace is the highest source of values, and the bottom line is the ultimate arbiter of right and wrong.

There are also would-be aristocrats who probably love the idea of a color-coding system for the lower classes, the working poor, the help. Heck, there may even be some people who really want to make North America into one big American cheese enchilada with maple syrup on top.

But you know what? Even if these are the overriding motives for all of the combatants in the debate over immigration reform, none of them is publicly using these arguments to justify his position. No one - of any consequence at least - is saying we need to keep the Mexicans out because they're racially inferior. No one is openly pushing amnesty as a vital first step toward the nullification of the U.S. Constitution.

Perhaps chief among the many problems with these sorts of accusations is that they help no one, advance nothing. Only those already convinced cheer the unsubstantiated charges of villainy. Indeed, crying racism to delegitimize an opponent's legitimate arguments is typically a left-wing tactic, and conservatives do not color themselves with glory by mimicking it.

The beauty of a democratic system is that it depends on democratic arguments. Even if every partisan is a villain, he has to make his case in a way that will convince people. And it's those arguments we're supposed to be dealing with. It's very easy for me to say that while my opponent may say X that he secretly believes Y because he is a member of a supersecret Satanic cabal or because his fern is speaking to him through his dental fillings. But unless I have proof, debate should be confined to X.

Besides, are the merits of the immigration debate really so boring and trivial that we need to invent dramatically malevolent motives for each other? Must the editors of the Journal be market idolaters seeking to erase the very concept of America in order to dispense with their arguments? And do my colleagues at National Review have to be cast as secretly rabid xenophobes and racists in order to make the conversation interesting? Does every person worried about the influx of millions of poor immigrants - here illegally, by the way - really have to be a eugenicist hiding his phrenologist's calipers behind his back?

Not every businessman is a mustache-twirling robber baron, and not every advocate of enforcing the law is a bigot.

And even if they were, saying so wouldn't disprove their math, refute their examples or invalidate their arguments.

Or at least that's what my Freemason paymasters at Halliburton tell me.