Even the Left Admits that Classroom Politics are a Problem 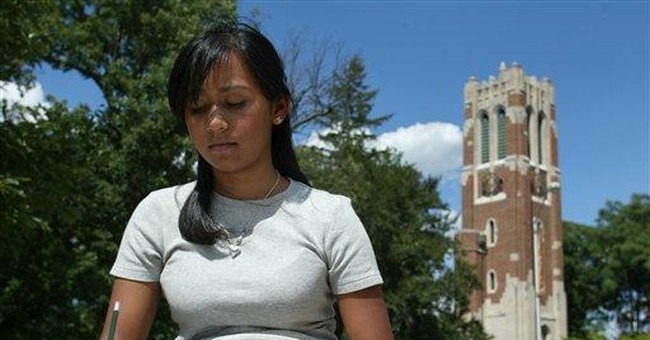 The New York Times recently ran an Op-Ed warning that the pervasive and invasive leftist politics of many professors, and the heavy-handed policies of politically correct administrators, pose a threat to the quality, integrity, and academic independence of colleges across the country. The interesting thing about this piece is that it was by one of the most important theorists of the academic Left, Stanley Fish—formerly of Duke University, a school where he himself was a leader in implementing such policies, once upon a time. While Fish has not renounced his own premises, he has lately emerged as a voice of moderate concern about the extent to which pre-fab political answers have replaced academic questioning as the mode of discourse on campus, especially in the humanities. It’s not for us to question his motives—to wonder, for instance, whether he fears that the backlash against leftist academia will take the form of funding cuts by legislators or boycotts by alumni donors. Or perhaps he simply worries that his disciples have gone too far, and turned his skeptical inquiries into a whole new set of dogmas. Whatever the reasons, Fish recognizes that there is indeed a problem. That’s why he devotes precious column inches in one of the most prominent media spots on earth, the Times editorial page, to discussing a documentary made by a 20-something film-maker, Evan Coyne Maloney, entitled Indoctrinate U.

In that film, Maloney makes like a slimmed-down, sober and sane Michael Moore, prowling the hallways of humanities departments at major universities, investigating charges by centrist and conservative students of classroom politics and blatant bias. As Fish sums up the film, it portrays mainstream universities in America as “places of indoctrination where a left-leaning faculty teaches every subject, including chemistry and horticulture, through the prism of race, class and gender; where minorities and women are taught that they are victims of oppression; where admissions policies are racially gerrymandered; where identity-based programs reproduce the patterns of segregation that the left supposedly abhors; where students and faculty who speak against the prevailing orthodoxy are ostracized, disciplined and subjected to sensitivity training; where conservative speakers like Ward Connerly are shouted down; where radical speakers like Ward Churchill are welcomed; where speech codes mandate speech that offends no one; where the faculty preaches diversity but is itself starkly homogeneous with respect to political affiliation; where professors regularly use the classroom as a platform for their political views; where students parrot back the views they know their instructors to hold; where course reading lists are heavy on radical texts and light on texts celebrating the Western tradition; where the American flag is held in suspicion; where military recruiting personnel are either treated rudely or barred from campus; where the default assumption is that anything the United States and Israel do is evil.”

In Choosing the Right College, our team of campus journalists reports on over 130 major colleges across the country, citing the departments and programs which offer academic excellence and solid core curricula—and regretfully detailing those that don’t.

Now, Fish pooh-poohs or minimizes many items on this damning bill of particulars—but shows obvious alarm that Maloney was able to turn up so many abuses as to provide a richly alarming film that conservatives will be showing on campus for the next decade or so. Fish admits that he knows of “professors who use the classroom as a stage for their political views. Maloney speculates that perhaps one out of seven perform in this way. I would put the number much lower, perhaps one out of twenty-five. But one out of 10,000 would be one too many.

“Academics often bridle at the picture of their activities presented by Maloney and other conservative critics, and accuse them of grossly caricaturing and exaggerating what goes on in the classroom. Maybe so, but so long as there are those who confuse advocacy with teaching, and so long as faculty colleagues and university administrators look the other way, the academy invites the criticism it receives in this documentary. In 1915, the American Association of University Professors warned that if we didn’t clean up our own shop, external constituencies, with motives more political than educational, would step in and do it for us. Now they’re doing it in the movies and it’s our own fault.”

We couldn’t have said it better ourselves.

Matt Vespa
Mandatory Vasectomies? Why One Oklahoma Democrat Is Talking About It.
Leah Barkoukis