John Stossel
|
Posted: Jan 10, 2018 12:01 AM
Share   Tweet
The opinions expressed by columnists are their own and do not necessarily represent the views of Townhall.com. 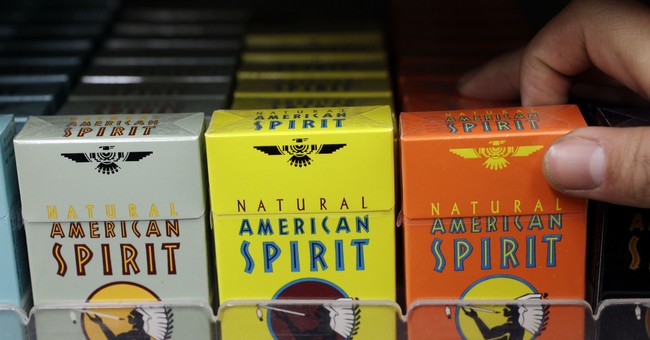 Store owner Kamal Saleh was just hit with thousands of dollars in fines.

His crime? He sold three cigars for $8.89. "Too cheap!" say New York City bureaucrats. "The cigars should have cost 11 cents more."

Politicians want you to spend more for tobacco.

They decided this after anti-smoking crusader Dr. Kurt Ribisl told the Centers for Disease Control, "Higher prices will deter children from smoking."

A pit of socialist micromanagers called the New York City Council quickly embraced the idea. "It's also being considered very seriously in a number of jurisdictions in California," Ribisl told me.

Ribisl also told the CDC, "Very cheap (tobacco) products should no longer be available." So for my YouTube video this week, I asked him, "Why do you get to decide?!"

"No, I'm not deciding," he insisted. "I'm a person who studies these policies. I'll let the policymakers decide."

OK, I sighed, "Why do the politicians get to decide?"

"Cigarettes are the most lethal product ever introduced," he replied.

That may be true, although few people realize that half the people who smoke do not die from tobacco-related illness.

Fatty foods, swimming pools and cars also kill lots of people. Maybe the health police will raise their prices next.

But so far, it's just tobacco. At Ribisl's urging, New York City adopted price floors and taxes to bring the price of a pack of cigarettes to $13 a pack.

"People still have the ability to buy it, if they so choose," he said.

I think all people should get to decide for themselves, but Ribisl wants to engineer "a transition toward thinking more about healthy food and beverage."

At the CDC, Ribisl suggested that it should also be government policy to "reduce the number of tobacco stores."

That seems cruel to store owners like Kamal Saleh, but Ribisl said, "We're not interested in putting stores out of business ... They're going to find new products to sell."

Really? How does he know?

New York already has a blizzard of regulations that put little stores out of business.

Tobacco sales regulations alone go on for 47 pages -- confusing pages filled with fine print like: "the price floor for any package of cigars that contains more than one cigar and that has been delivered to a retail dealer in a package described by subdivision a of section 17-704 shall be computed by multiplying the number of cigars in the package by $1.75 and adding $6.25 to the total."

The 47 pages are just for tobacco sales. "For food, refrigeration, deliveries and everything else, the administrative code could be thousands of pages," says lawyer Andrew Tilem.

Tilem defends store owners who get fined. Many can barely afford to pay him. Sometimes they pay in "fish and paper plates and tortillas." Those who can't afford to hire a lawyer may just go out of business.

City Council meddlers, who often complain about "big business," don't notice that their own rules make the big businesses bigger.

"The big guy can hire lawyers," says Tilem. "It's the little guy who's trying to pinch his pennies and make a dollar that has the biggest problem."

"I'm not a smoking advocate," Tilem replied, "but I think in this country ... people have the right to do the wrong thing."