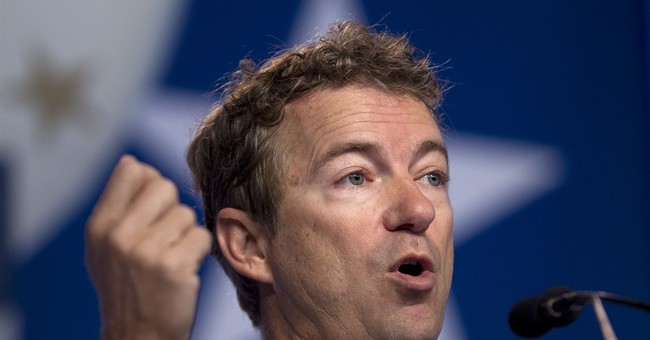 I didn't know what a libertarian was when I started reporting. I was just another liberal. I knew the Republicans were icky, and Democrats were more like me -- except they didn't care about debt.

I had no idea there was an actual movement of thinking people who want to honor the principles of the Founders -- liberty and limited government. It took me a long time to wake up.

"Poll after poll show you that Americans are much more fiscally conservative than their elected representatives," says Welch. "A majority of Americans thinks that we should balance the budget. Seventy-five percent think that we should not raise the debt ceiling ... Growing majorities -- especially young people -- are more socially tolerant. They think that we should legalize marijuana ... they're in favor of gay marriage."

Gillespie argues that some of the change comes from people seeing how the private sector offers us more options that we like, while government fails.

"The 21st century has been a demonstration project of how Republicans and conservatives screw things up, under the Bush years, and now we have the Obama version -- the liberal Democrat version of screwing everything up ... you go to Amazon.com, you have a good experience and you get all sorts of interesting stuff. When you go to a government website, not so much."

It changes minds, they argue, when people see this is a strong pattern, not just the result of isolated mistakes unique to Obamacare or another specific government project.

But do people realize that it's a strong pattern? I don't think so. I wrote "No, They Can't: Why Government Fails -- But Individuals Succeed" because I worry most Americans instinctively trust central planning. The spontaneous order of the invisible hand is harder to grasp. The invisible hand is ... invisible.

Maybe that's why leftists fear liberty. A sarcastic online video scares people by calling Somalia a "libertarian paradise." (It isn't. Libertarianism assumes private property and rule of law.) One of my Fox colleagues, Bill O'Reilly, calls my libertarian views "desperately wrong" and says "you're living in a world of theory!"

But Gillespie says even people who don't understand the theory at least see what the invisible hand produces. "Where people do things voluntarily and in free markets, everything is getting better, (but] when you go to this old model of command and control, things are terrible." True. But while Gillespie, Welch and I -- and maybe you readers -- pay attention to that, I suspect that the promises of the central planners will fool most people most of the time.

Politicians fool us with offers of free goodies like cheaper health care and "cures" for social problems, like the War on Drugs. They fool us with their promises to "contain" China, Iran, al-Qaida, etc. and "build democracy" in the Middle East.

If libertarian-leaning politicians express doubt, they may be condemned by others in their own party.

After some politicians criticized NSA spying, Gov. Chris Christie said, "This strain of libertarianism is a very dangerous thought."

Mainstream conservative pundit Fred Barnes tells me Ron Paul is "deluded" because he wants to shrink the military. Barnes says we're not seeing a new libertarian era, just a libertarian "blip." He points out that even government programs Ronald Reagan railed against are still with us 30 years later -- and suggests that they probably aren't going away.

I'm not optimistic about most people recognizing liberty's benefits. Old politicians -- and old voters collecting Social Security -- may never change their minds. But libertarianism is growing fastest among the young, and groups like Students for Liberty give me hope. These young people certainly know more about liberty than I did at their age.

Maybe they will avoid prior generations' big-government mistakes. Maybe.