Freedom and Benevolence Go Together 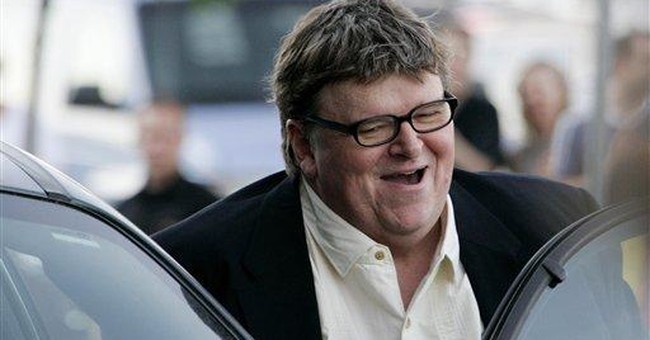 I interviewed Michael Moore recently for an upcoming "20/20" special on health care. It's refreshing to interview a leftist who proudly admits he's a leftist. He told me that government should provide "food care" as well as health care and that big government would work if only the right people were in charge.

Moore added, "I watch your show and I know where you are coming from. ... "

He knows I defend limited government, so he tried to explain why I was wrong. He began in a revealing way:

"I gotta believe that, even though I know you're very much for the individual determining his own destiny, you also have a heart."

Notice his smuggled premise in the words "even though." In Moore's mind, someone who favors individual freedom doesn't care about his fellow human beings. If I have a heart, it's in spite of my belief in freedom and autonomy for everyone.

Doesn't it stand to reason that someone who wants everyone to be free of tyranny does so partly because he cares about others? Wishing freedom to one's fellow human beings strikes me as a sign of benevolence. But Moore and the left don't see it that way.

Moore thinks respecting others' freedom means refusing to help the less fortunate. But where's the connection? All it means is that the libertarian refuses to sanction the use of physical force (which is what government is) to help others. Peaceful methods -- like voluntary charity -- are the only morally consistent methods. I give about a quarter of my income to charities because I've seen that private charity helps the needy far better than government does

Moore followed up with a religious lesson. "What the nuns told me is true: We will be judged by how we treat the least among us. And that in order to be accepted into heaven, we're gonna be asked a series of questions. When I was hungry, did you feed me? When I was homeless, did you give me shelter? And when I was sick, did you take care of me?"

I'm not a theologian, but I do know that when people are ordered by the government to be charitable, it's not virtuous; it's compelled. Why would anyone get into heaven because he pays taxes under threat of imprisonment? Moral action is freely chosen action.

If Moore's goal is to help the less fortunate, he should preach voluntary charity instead of government action.

Surprisingly, he did show an understanding of the importance of the libertarian philosophy to America. "John, your way of thinking actually was great for this country. I mean it; it helped to found the country. It helped build us into one of the greatest nations, perhaps the greatest nation, that the earth has ever seen. Limited government, pull yourself up by your bootstraps, every man for himself, forward movement, pioneer spirit. That's why a lot of people in these other countries really admire us, because there's this American get up and go."

After acknowledging that limited government helped make America great, Moore went on to say, "But I don't think that what you believe is what's going to allow us to survive."

He means that if government does not assure people health care and food, our society will disintegrate.

But why would a philosophy that was good enough to build a successful society be unsuited to sustaining that society? Individual freedom, with minimal government, made it possible for masses of people to cooperate for mutual advantage. As a result, society could be rich and peaceful. As the great economist Ludwig von Mises wrote, "What makes friendly relations between human beings possible is the higher productivity of the division of labor. . . . A preeminent common interest, the preservation and further intensification of social cooperation, becomes paramount and obliterates all essential collisions."

How the Anti-Gun Left Is Trying to Chop the Gun Industry at the Knees
Matt Vespa
Democrats Hit With Massive Ad Campaign Over Teachers Unions Colluding with the CDC
Katie Pavlich
NYC Pride Parade: We Demand No Participation from LGBT Cops, No NYPD Protection