How About Economic Progress Day? 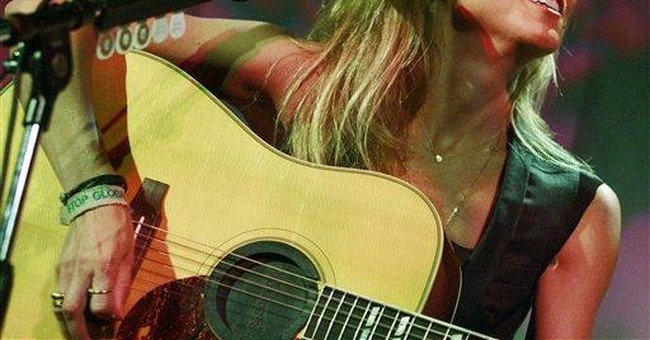 Even the Bush administration had an Earth Day website, which stated, "< a href="http://earthday.gov/">Earth Day and every day is a time to act to protect our planet".

Watching the media coverage, you'd think that the earth was in imminent danger -- that human life itself was on the verge of extinction. Technology is fingered as the perp.

John Semmens of Arizona's Laissez Faire Institute points out that Earth Day misses an important point. In the April issue of The Freeman magazine, Semmens says the environmental movement overlooks how hospitable the earth has become -- thanks to technology. "The environmental alarmists have it backwards. If anything imperils the earth it is ignorant obstruction of science and progress. ... That technology provides the best option for serving human wants and conserving the environment should be evident in the progress made in environmental improvement in the United States. Virtually every measure shows that pollution is headed downward and that nature is making a comeback." (Carbon dioxide excepted, if it is really a pollutant.)

Semmens describes his visit to historic Lexington and Concord in Massachusetts, an area "lush with trees and greenery." It wasn't always that way. In 1775, the land was cleared so it could be farmed. Today, technology makes farmers so efficient that only a fraction of the land is needed to produce much more food. As a result, "Massachusetts farmland has been allowed to revert back to forest."

Human ingenuity and technology not only raised living standards, but also restored environmental amenities. How about a day to celebrate that?

Yet, Semmens writes, the environmental movement is skeptical about technology and is attracted to three dubious principles: sustainable development, the precautionary principle, and stakeholder participation.

The point of sustainable development, Semmens says, "is to minimize the use of nonrenewable natural resources so there will be more left for future generations." Sounds sensible -- who is for "unsustainable" development?

But as the great economist Julian Simon often pointed out, resources are manmade, not natural. Jed Clampett cheered when he found oil on his land because it made him rich enough to move to Beverly Hills. But his great-grandfather would have cursed the disgusting black gunk because Canadian geologist Abraham Gesner hadn't yet discovered that kerosene could be distilled from it.

President Bush chides us for our "addiction to oil." But under current conditions, using oil makes perfect sense. Someday, if we let the free market operate, someone will find an energy source that works better than oil. Then richer future generations won't need oil. So why deprive ourselves and make ourselves poorer with needless regulation now?

Anyway, it's not as if we're running out of oil. That's one of the myths I expose in my new book, "Myths, Lies and Downright Stupidity". If the price of a barrel of oil stays high, entrepreneurs will find better ways to suck oil out of the ground. At $50 a barrel, it's even profitable to recover oil that's stuck in the tar sands in Alberta, Canada. Those tar sands alone contain enough oil to meet our needs for a hundred years.

The precautionary principle, popular in Europe, is the idea that no new thing should be permitted until it has been proved harmless. Sounds good, except as Ron Bailey of Reason writes, it basically means, "Don't ever do anything for the first time."

Stakeholder participation means that busybodies would be permitted to intrude on private transactions. Semmens's example is DDT, which for years would have saved children from deadly malaria, except that "'stakeholders' from the environmental quarter have prevailed on governments to ban the trade in this product."

The first victims of these principles are the poor. We rich Westerners can withstand a lot of policy foolishness. But people in the developing world live on the edge, so anything that retards economic progress -- including measures to arrest global warming -- will bring incredible hardship to the most vulnerable on the planet.

If we care about human life, we should celebrate Economic Progress Day.