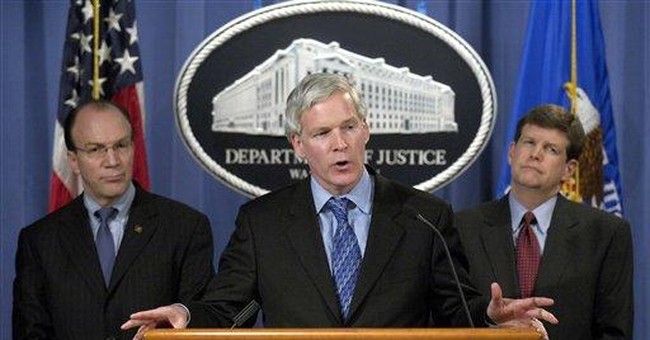 Spring is here, but you may have been too busy filling out tax forms to enjoy it. The unpaid job of gathering W-2 and 1099s, sorting through receipts, and tabulating deductions, credits, and exemptions takes a lot of time.

Americans spent 6.4 billion hours complying with the tax code in 2005 -- a chunk of time worth $265 billion, according to the Tax Foundation. That's more than the 2006 federal budget deficit.

Those of you who do your taxes yourselves spend an average of eight to 27 hours toiling for the U.S. government.

Other countries have made their citizens' lives better by simplifying and lowering taxes. Estonians need an average 10 to 15 minutes to file their income taxes. Most do it without leaving their desk: 84 percent file online.

Twelve years ago, Estonia became the first country to tax everyone -- companies and individuals -- at the same flat rate. It started at 26 percent, dropped to 22, and will go to 20 in 2009. There are a few deductions for things like mortgage interest, educational expenses, and charitable donations. Very low incomes are exempt.

Unsurprisingly, Estonia is booming. The former Soviet republic used to be poor, with an average income 65 percent below its European neighbors. Today, Estonians are almost as rich as their neighbors, and their economy is growing more than 11 percent a year.

Corporations like a tax system that is low and simple, too, and that leads them to do more business in flat-tax countries. American companies such as Microsoft, Colgate, 3M, Bristol-Meyers Squibb, and Johnson & Johnson opened businesses in Estonia after the flat tax was adopted. Twelve years ago, foreign investment in Estonia made up only 5 percent of GDP, but today, it's up to 20 percent. That means there's more money in the Estonian economy to tax. So while the tax rate dropped, government revenues actually increased.

So why can't we do that here?

Some Americans want to get rid of the income tax altogether and replace it with a national sales tax called the "Fair Tax." It would tax people on what they spend, while poor Americans who can't afford the taxes would get monthly rebates. You'd never have to file another individual tax return again. Of course, there's a danger our venal politicians might end up just adding the sales tax to our existing income tax. But the Fair Tax is certainly worth talking about.

But here's a problem: Many in Congress don't really want to reform the tax code. They like things just the way they are. So what if it makes paying taxes a headache for you? It gives them the awesome power to dispense privileges, which helps curry favor with lobbyists.

Congressmen bicker over who gets to hand out these special treats. In 2004, Sen. Olympia Snowe deplored the "financial burden on shipbuilders," many of whom happen to operate in her home state of Maine, and got them a $310 million tax break. Alaskan Sen. Lisa Murkowski got her state a tax break on contributions for "charitable" whaling activities (whatever that means). And Sen. Saxby Chambliss demanded tax relief for the timber industry in Georgia.

So while business gets its tax breaks and congressmen get their campaign contributions, your spring weekend is devoted to wading through Form 1040 instructions.

Next year, you'll have to wade though even more pages. Each new tax break and every little favor adds to the complexity. The code and its explanations now total more than 66,000 pages. In the last six years, the IRS has created over 100 new tax forms.

This isn't good for America. Or you.