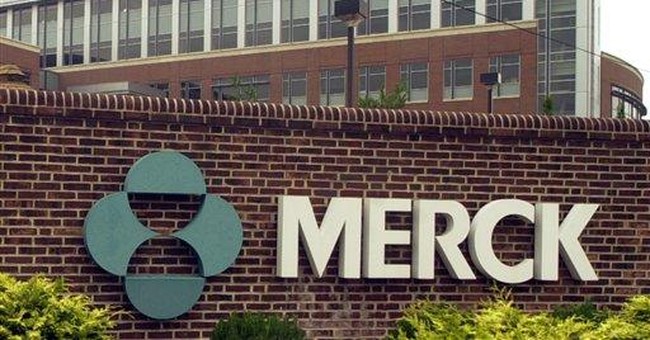 We can scare ourselves stupid.

The news media love this kind of story. They repeatedly invite Barbara Loe Fisher, who heads the Vaccine "Information" Center, to tell parents about vaccine risks. She warns of "seizures, brain inflammation, collapse shock, and of course the most serious effect is death."

Causing autism is the biggest accusation. "Before kids received so many vaccines," says Fisher, "you didn't see autistic children. ... We can't build the special-education classrooms fast enough now to accommodate all these sick and disabled children."

Do vaccines cause autism?

Almost certainly not. Dr. Paul Offit, chief of infectious diseases at Children's Hospital of Philadelphia told me, "It's perfectly reasonable to be skeptical about anything you put into your body, including vaccines. And vaccines do have side effects. But vaccines don't cause autism."

He speaks with confidence because the National Academy of Sciences recently reviewed the research and concluded that 19 major studies tracking thousands of kids show no link between vaccines and autism. "The question has been raised; it's been answered!" Dr. Offit says.

Then why are so many kids diagnosed as autistic today? Because kids we once said had other conditions now are being called autistic.

As March of Dimes researchers put it, "Changes in diagnosis account for the observed increase in autism." Sure enough, California data show the rise in autism diagnoses almost exactly matches a decline in cases of retardation.

"People that we once called quirky or geeky or nerdy are now called autistic," Dr. Offit said, "because when you give that label of, say, autistic spectrum disorder, you allow that child then to qualify for services."

Imagine that. A trendy diagnosis being driven by government-paid services.

Vaccine opponents are unconvinced. After my recent TV program "Scared Stiff," they have filled my mailbox with comments like, "how long will you keep sucking pharmaceutical ----?!" Calmer correspondents tell me they "know" that vaccines caused their child's autism. "Nothing else could have done it."

My heart goes out to parents struggling to help their autistic children, but I fear they have been misled by another anti-drug industry scare campaign.

I know something about those from personal experience. Twenty years ago, "20/20" interviewed Allen McDowell, a lawyer who said the whooping-cough vaccine was defective. After our alarming report, many parents told their kids' pediatricians they didn't want the vaccine. Some doctors became vaccine shy.

When my daughter got a fever after one of the vaccines, her doctor decided not to give her the final shot. He said my being a "20/20" correspondent made him even more anxious about giving her the vaccine.

And a short time afterward, my daughter got whooping cough. Luckily, she recovered.

But after media reports like "20/20's" and well-publicized lawsuits, many people refuse to vaccinate their children. And America now sees more cases of whooping cough, mumps, and measles.

Says Dr. Offit. "Watch a child come into the hospital and die of measles, knowing that it can be safely and easily prevented by vaccines. It's very hard to live with that."

But Barbara Fisher of the Vaccine Information Center is unmoved. When I asked if vaccines have done more good than harm, she said the matter is "complex."

Lawyer McDowell claims his lawsuits made the vaccine safer. "I'm doing a service for the public," he says.

Nonsense, says Dr. Offit. Lawyers didn't make the vaccines better: "There was always an interest in trying to make that vaccine safer, but the science had to catch up to that." He added, "There's a certain profiteering that comes with fear."

Lawyers, the media, and interest groups do profit from spreading fear. I call it the Fear Industrial Complex.

McDowell is now debating whether to file new lawsuits claiming that vaccines cause autism. I said to him, "You scare people and make money off it!" After a pause, he replied, "True."