Unrestricted: China’s Plan to Use Terror Tactics Against the U.S. 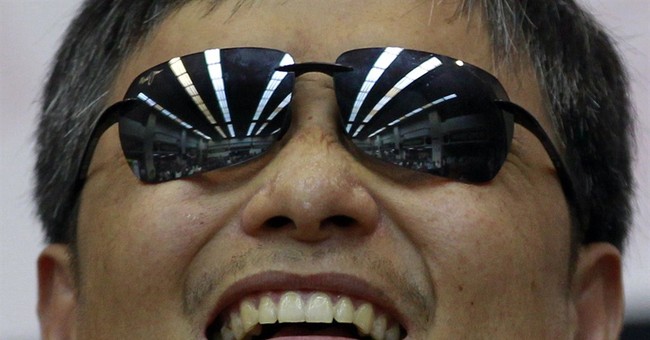 In the wake of hacking attacks on financial, intelligence and defense assets here in the U.S. that have been consistently reported for over 15 years in the United States, it’s time to label China what it really is: a terrorist nation.

In fact it is the thought leader when it comes to methods of terror.

Even before Osama Bin Laden and 19 of his followers rocked the western world by slamming three planes into prominent financial and military landmarks China published “Unrestricted Warfare” as an attempt to compensate militarily for the West’s unrivaled technological edge.

More than just seeking to compensate, the book outlines how to use the West’s intricate financial, technological and sociological infrastructure as weapons in a war where there are “no rules, and nothing forbidden.” It advocates methods that have been become all-too familiar: hacking into websites, urban warfare, targeting financial institutions and using the media to create terror by unconventional, as well as conventional, military means.

“In future wars,” predict the authors, “there will be more hostilities like financial warfare, in which a country is subjugated without spilling a drop of blood…. such situations are by no means impossible, and if it had not been for the collapse of the Russian financial market, which caused the financial speculators to be under attack from the front and the rear, it is still hard to predict how things would have turned out.”

The book marvels at the technological changes that have occurred over the last 30 years.

But not in wonderment, it is rather in fear.

It calls George Soros’ attack on Asian currency financial terrorism, and points to Powell, Schwartzkopf and Ariel Sharon as politician/warriors that have blurred the distinction between statesmanship and war.

It seeks to create the impression that somehow America has broken the rules in warfare by promoting some or all of these phenomena and in doing so ushered in an era of change where only hope lies in unrestricted warfare.

Most startling is the book’s the contention that the 20th century has proven that war is far too important to be left to politicians. While, it acknowledges that politicians, scientists and even bankers all have some stake in war and war fighting, the authors seem to imply that the hierarchy of politicians has only pursued the chimera of making war less dangerous, while all the while making it more potent.

In consequence, it seems, they are arguing that China should do away with all moral or ethical considerations in the pursuit of warfare, and that that can be best left to soldiers.

“Even in the so-called post-modern, post-industrial age,” write the authors in the preface, “warfare will not be totally dismantled. It has only re-invaded human society in a more complex, more extensive, more concealed, and more subtle manner. It is as Byron said in his poem mourning Shelley, "Nothing has happened, he has only undergone a sea change." War which has undergone the changes of modern technology and the market system will be launched even more in atypical forms. In other words, while we are seeing a relative reduction in military violence, at the same time we definitely are seeing an increase in political, economic, and technological violence. However, regardless of the form the violence takes, war is war, and a change in the external appearance does not keep any war from abiding by the principles of war.”

In tenor it’s kind of an oriental Mein Kampf- the horror shows classic from Adolf Hitler on conquering Russia and the extermination of the Jews - seeking to harness global forces that it feels is breaking an old comfortable order. That they seek to do it unashamedly through a “blood and iron” war should give us all pause.

One of the great challenges of the modern age is getting China to take it’s next great leap forward without dragging us all off the cliff with her. And while the relationship between the tactics advocated in “Unrestricted Warfare” and those followed by Al-Qaida are close, there is no reason think that there was any kind of formal relationship between Bin Laden and the world’s most populous nation.  But it certainly reasonable to assume that Al Qaida is familiar with the work.

“War in the age of technological integration and globalization has eliminated the right of weapons to label war and, with regard to the new starting point, has realigned the relationship of weapons to war,” says Unrestricted, “while the appearance of weapons of new concepts, and particularly new concepts of weapons, has gradually blurred the face of war. Does a single "hacker" attack count as a hostile act or not? Can using financial instruments to destroy a country's economy be seen as a battle? Did CNN's broadcast of an exposed corpse of a U.S. soldier in the streets of Mogadishu shake the determination of the Americans to act as the world's policeman, thereby altering the world's strategic situation? And should an assessment of wartime actions look at the means or the results? Obviously, proceeding with the traditional definition of war in mind, there is no longer any way to answer the above questions. When we suddenly realize that all these non-war actions may be the new factors constituting future warfare, we have to come up with a new name for this new form of war: Warfare which transcends all boundaries and limits, in short: unrestricted warfare.”

But one has to believe that any nation-state that advocates these terror tactics is a danger in proportion to its means.

Because China certainly has the means.

George Bernard Shaw once described the German people post-1918 as a people with contempt for common sense.

Let’s hope that same sentiment doesn’t apply to the leaders of China; but let’s have a plan if it does.