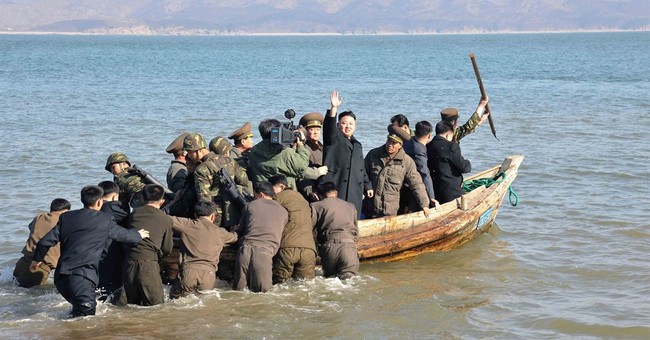 We lost 148,000 full time jobs last month, despite media accounts that said the jobs report was “strong,” or a “sign of recovery”.

And we can pin most of the losses on Obamacare.

Were it not for the implementation this year of the national healthcare law that penalizes companies that hire full-time employees, this job market would be a lot better.

Fortunately, while the market celebrated the anemic jobs report and the media reported on what they termed a “strong” jobs report, some of us actually read the jobs report. And what we read wasn’t all that great, even if it wasn’t surprising.

“Voluntary plus involuntary part-time employment rose by a whopping 441,000 jobs,” writes Mike Shedlock at Mish’s Global Economic Trend Analysis. “Take away part-time jobs and there is not all that much to brag about. Indeed, full-time employment fell once again, this month by 148,000.

Shedlock says that involuntary, part-time employment led the parade of numbers, growing by 278,000 jobs. And we told you companies would be reluctant to hire full-time employees when we objected to the passage of Obamacare.

In the beginning of the year, the Obama administration undertook two steps required by Obamacare, which is largely driving the trend of the creating more part-time jobs, while losing more full-time jobs.

Under Obamacare, “the penalty for not offering a qualified healthcare plan is $2,000 per person,” writes Shedlock, “for companies that have more than 30 full-time employees.”

And just to make sure the largest numbers of current employees get screwed, the administration also redefined the definition of full-time employment from 32 hours to 30 hour per week.

The result has been that real people make less money, for real, because they work fewer hours. And real people are offered fewer full-time jobs because it’s more expensive now to hire them.

“In April, companies hired 165,000 more workers,” reports MarketWatch, “but they cut everyone’s hours (on average) by 12 minutes. That doesn’t sound like much of a decline, but spread out over the 135 million-strong work force, the decline in hours worked is the equivalent of firing more than 500,000 workers while keeping hours steady.”

Losing the man-hour equivalent of 500,000 workers costs about $18 billion per year for just last month.

Imagine: All that accomplished in a one-month time span.  I guess we all can be thankful that April only had 30 days, not 31.

Falling hours are exactly what one would expect when companies have more incentive to hire part-time workers than full-time workers.

And just wait until the other part of Obamcare get’s implemented. The “other” part is when they impose Chief Justice John Robert’s tax on individuals who “they” say can afford insurance but just don’t buy it.

When the law was passed, politicians expected that number of people would be less than 4 million, but thanks in part to other provisions of Obamacare, the number of people who won’t buy insurance has risen to 6 million according to the CBO.

"This (analysis) doesn't change the basic fact that the individual responsibility policy will only affect people who can afford health care but choose not to buy it," Erin Shields Britt of the Health and Human Services told the Associated Press. "We're no longer going to subsidize the care of those who can afford to buy insurance but make a choice not to buy it."

Yeah, we’re just going to subsidize everyone else’s insurance by reducing their hours, reducing their pay and increasing their taxes. Just chalk it up as the cost of Barack Obama's Fantasy Camp Presidency.

Because oh yes, it's  dragging down the economy too.

“Unfortunately, you’ve grown up hearing voices that incessantly warn of government as nothing more than some separate, sinister entity that’s at the root of all our problems,” Obama told graduates at the Ohio State University over the weekend. “You should reject these voices. Because what they suggest is that our brave, and creative, and unique experiment in self-rule is somehow just a sham with which we can’t be trusted. We have never been a people who place all our faith in government to solve our problems. We shouldn’t want to. But we don’t think the government is the source of all our problems, either.”

And Obama’s wrong about one other thing too: Obamacare is not a  “brave, and creative, and unique experiment in self-rule.”

It’s a sham and also a sinister, separate entity that those voices warned you about.