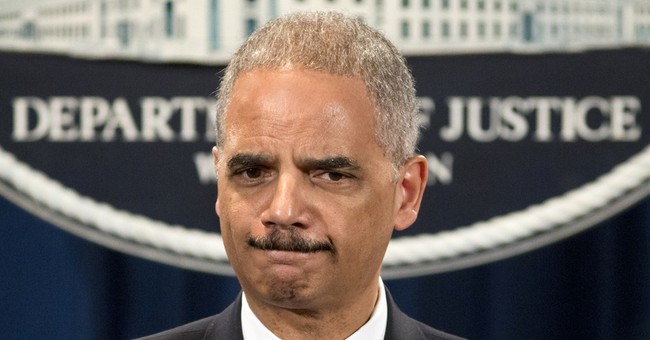 Conservatives have alleged that progressives have been engaged in a callous attempt under this plutocratic administration in creating artificial crises so that the plutocracy can abridge citizens' rights.

I mean further than they’ve already abridged them.

Wisconsin’s Jim Sensenbrenner summed it up during a House hearing on Fast and Furious when he said: "There is really no responsibility within the Justice Department,"

He was right. But why stop there?

There is really no responsibility in the White House either; or at the State Department, the EPA, the FBI, the Department of Labor or the Defense Department.

Because Sensenbrenner should have included the executive branch of the federal government, the SEC, the IMF, SCOTUS, Congress and just about everyone from the rank of bird-Colonel on up in his indictment. The government has seemed strangely reticent about getting to the bottom of any of many missteps that the Obama adminstration has produced for years.

When Attorney General Eric Holder responded to the House committee on Fast and Furious by comparing those hearings to the hearings conducted by Senator Joe McCarthy in the 1950s on communists in government, the press was delighted.

“Have you no shame,” cried Holder in mock righteousness, displaying that the administration has neither shame nor a responsible adult in charge.

His tone was a bit more mature once press reporters found out that they weren’t just allies of the plutocracy, but targets as well.

Holder went from mock righteousness to mock ignorance as he stood before the House committee investigating why his department decided to spy on press reporters, saying:

·      "I am not familiar with the reasons why the subpoena was constructed in the way that it was because I'm simply not a part of the case."

·      "I simply do not have a factual basis for answering that question."

"The thing is, if we don't get to the bottom of this -- and that requires your assistance on that,” Sensenbrenner warned Holder on Fast and Furious, “there is only one alternative that Congress has and it is called impeachment."

It’s time now for Sensenbrenner and Republicans to be true to their word.

Because here’s our thing: Some of us hicks out here in the countryside, in flyover country, clinging to our guns and our religion, are starting to get the idea that mistakes aren’t just being made by the administration, but rather that mistakes are being manufactured-- and then ignored by Republicans in Congress.

At ATF, at Justice, at DOE, at FBI, at Boston and Benghazi, at the Federal Reserve Bank, at Solyndra, the answer’s always the same: “Oops. We made a mistake.”

And they don’t just make one mistake; they make a series of mistakes, they obfuscate, then lie, then lie about the lie… and then it’s time to cue up a two-week Obama vacation or for Hillary to bang her head accidentally and be unavailable for comment.

They are so mistaken in what they mean and what they say they mean that everything is suddenly dependent on the legal definition of the word “is.”

And make no mistake: You know those paranoid people who think that Obama and his cronies are purposefully crashing the system from within to serve a political agenda where no crisis goes to waste?

They have a pretty darn good point now at the Department of Justice.

And the longer these “mistakes” are allowed to happen with no remission, no trial, no perp walk, the clearer the picture becomes even without the most transparent administration in the history of the Nobel Prize.

And those weren’t just congressmen demanding justice from Holder.

That’s you and me who Holder is comparing to drunken Joe McCarthy.

It’s not we, the people, who are drunk on the power to deceive right now.

We still have some of our rights unabridged.

And if Holder doesn't want to cooperate, impeachment is good first start.