John Noonan grew up in the Virginia suburbs of Washington, DC. He attended Fishburne Military School in Waynesboro, Virginia, where he was selected to the All-Conference Team for swimming and lettered in baseball.

In 1999, John matriculated to the Virginia Military Institute as a member of the Class of 2003. While at VMI, John majored in History and International Studies and served as the managing editor of VMI's student newspaper, THE CADET. He studied counter-terrorism at the University of Tel Aviv in Israel and commissioned out of VMI's Air Force ROTC program. John has been published in The Washington Post, Richmond Times-Dispatch, and National Review, and was a contributor to the Encylopedia of World War I and World War II. 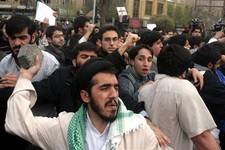 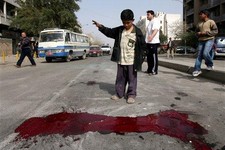 They know so much that isn't so
March 08, 2007
Commentary Archives
CARTOONS | AF Branco
View Cartoon