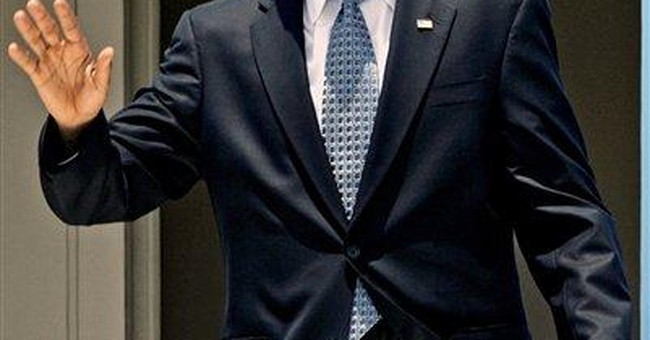 "Days later that he waived the guidelines for the deputy secretary of defense: 1." -Harper's Index, June 2009.

As if having Republican lawmakers and conservative groups breathing down your neck were not unsettling enough, hundreds of lawyers and judges have now been tasked with turning over every stone and examining every shred of evidence pertaining to the professional life of Judge Sonia Sotomayor.

Immediately upon her nomination to the Supreme Court this week by President Obama, a peer review of Judge Sotomayor was launched by the American Bar Association's Standing Committee on the Federal Judiciary.

ABA President H. Thomas Wells Jr. explains that every member of the standing committee will participate in the evaluation. In addition, "hundreds of lawyers, judges and members of the community" who have known Judge Sotomayor professionally will be asked to assess her on three key criteria: integrity, professional competence and judicial temperament.

In addition, two panels of legal scholars from respected law schools, and a third panel of pre-eminent lawyers with Supreme Court and appellate experience "at the highest level," will examine her legal writings for quality, clarity, knowledge of the law and analytical ability.

Finally, Judge Sotomayor herself will be interviewed "at length" by members of the standing committee, who will then evaluate the nominee as either "well-qualified," "qualified" or "not qualified." The peer review is then sent to the Senate, where members will weigh it along with whatever they have compiled.

College football fans haven't forgotten one of the 1993 season's more memorable games, when Army beat Navy by 18 inches. Yes, as in just over a foot.

Of all unlikely midshipmen, Navy placekicker Ryan Bucchianeri was critical to the Army win, as Sports Illustrated recalled after the game:

"In all the years he had played and replayed this moment in his mind - from spring and summer nights to restless autumn afternoons, from his Pennsylvania boyhood to his first months at the U.S. Naval Academy - Ryan Bucchianeri had always made the kick, the one he had to nail to beat Army. Not once, in all his youthful reveries, had he ever missed. Ever hooked it left, floated it right. Ever failed. Ever imagined anything but the kick that sailed end over end through the uprights, the boot that lifted the Middies over the Cadets and raised the boy onto the swarming shoulders of his teammates."

Indeed, Mr. Bucchianeri told the magazine: "Literally thousands of times I'd been in that situation in my dreams and made the kick against Army. I always made it. I had been visualizing it for years. For years!"

As fate would have it, at age 18 and six months out of high school, at Giants Stadium in New Jersey "at almost ten past three on the afternoon of Dec. 4, 1993, and for Ryan Joseph Bucchianeri - placekicker, poet, pianist, plebe - the Army-Navy game was just one play away from being his to decide. Army was leading 16-14, but the Midshipmen had driven 79 yards in 12 plays in the game's final 4 minutes, from their own 20-yard line to Army's one, and now it was third-and-goal with 12 seconds left to play, and Bucchianeri (pronounced Boo-chee-ah-nary) was reciting his mantra on the sidelines: 'I'm going in to kick the game-winner,' " Sports Illustrated wrote.

Twelve seconds later, Mr. Bucchianeri was in shock, white as a ghost. His kick missed right by 18 inches.

Upon graduation from the U.S. Naval Academy, he spent five years as a naval officer stationed in the Middle East, Central America and Asia. He worked two years with contractor Lockheed Martin in South America and Europe, handled Middle East policy for the State Department's Bureau of Political-Military Affairs and graduated from Harvard's Kennedy School of Government.

Now, with the Army game still no distant memory, Mr. Bucchianeri has just entered Pennsylvania's Democratic primary - his aim this time to unseat a retired Marine who went from drill instructor at Parris Island to being awarded two Purple Hearts. He is the only Democrat facing the outspoken and embattled veteran Rep. John P. Murtha, and if he were to win it would be the longest field goal of his life.