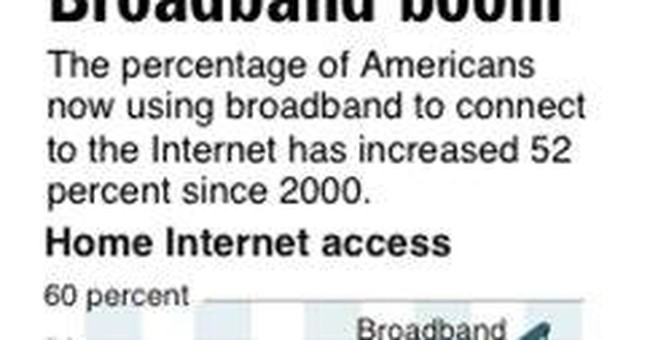 "The most impossible idea that you will hear during your time here … is the one that puts trust and respect in our government."

— Lawrence Lessig, professor of law at Stanford Law School and founder of the school's Center for Internet and Society, speaking at this week's opening ceremonies of the 2008 Aspen Ideas Festival.

Being a bodyguard to visiting Lithuanian Prime Minister Gediminas Kirkilas carries its privileges almost all would agree.

We spotted the foreign head of state happily dining on sweet-and-sour rib salad and baked grouper this week at Teatro Goldoni on K Street under the watchful eye, or so we learned later, of six bodyguards inconspicuously doing the same throughout the dining room. A seventh member of the protective detail drew the short straw and posted himself out front.

Mr. Kirkilas was in town, in part, to present Heritage Foundation distinguished fellow Lee Edwards, the force behind of the new Victims of Communism Memorial in Washington, with the prestigious Lithuanian Millennium Star.

It is the duty of the U.S. Government Accountability Office (GAO), the investigative arm of Congress, to keep federal agencies and their employees productive, accountable and as squeaky-clean as humanly possible. So who is the watchdog of the GAO?

We're told not one, but two separate independent peer reviews — a team of international auditors from Canada, Australia, Britain and the Netherlands, and one of this country's leading accounting firms, KPMG — has just awarded the GAO "clean opinions" on the same quality-assurance systems that the agency uses to produce its reports and testimony to Congress.

The international and KPMG reviews respectively lasted seven and four months, and similar to the GAO's own investigative teams, each made frequent visits to the agency to interview staff and study audit products.

IT'S COLD UP HERE

"I am a skeptic," Norway's Ivar Giaever said when asked how the world should tackle climate change.

"First of all, I didn't want to be on this panel," he's quoted by the Web-based Reference Frame, motls.blogspot.com, as saying. "Second of all, I am a skeptic. Third of all, if I am Norwegian, should I really worry about a little bit of warming?

"I am unfortunately becoming an old man," the 79-year-old physicist continued. "We have heard many similar warnings about the acid rain 30 years ago and the ozone hole 10 years ago or deforestation but the — ozone hole width has peaked in 1993.

"Moreover, global warming has become a new religion. We frequently hear about the number of scientists who support it. But the number is not important: only whether they are correct is important."

"It's disheartening to see that cigarettes are big sellers in Iraq," writes Stan Welli of Aurora, Ill., who had read our Wednesday item about stimulants being the preferred items purchased by the U.S. troops deployed in Iraq.

Based on information supplied by the U.S. Army and Air Force Exchange Service, so-called "energy drinks" Monster and Red Bull were the top-selling items purchased in June at Iraqi base exchanges (BX) and post exchanges (PX), with troops knocking back 284,482 and 78,753 caffeine-laden cans, respectively.

Meanwhile, Newport Kings and Marlboro Lights were the sixth- and eighth-biggest sellers and the most popular of any non-liquid items — with nearly 105,000 packs purchased last month.

Says Mr. Welli: "When I was in the Army, the old-timers gave me advice which can be summarized as: 'Don't go airborne, don't get a tattoo, and don't start smoking, kid!' I followed the first two warnings but ignored the last one. Thus, I smoked for 22 years, spending the last 21 trying to quit."