Lost In the Mail 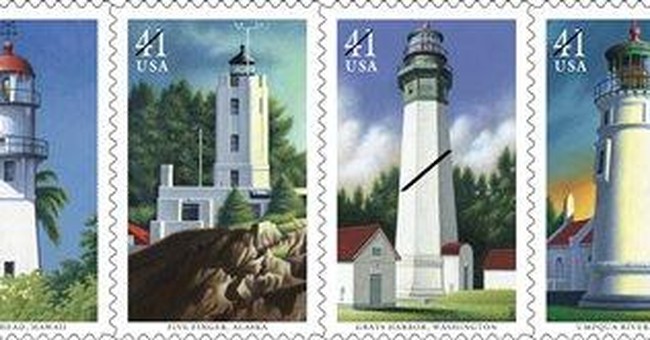 We've heard of the U.S. Postal Service losing packages before, but not one containing human remains — in this case, the ashes of a longtime Washington-area resident who was to have been interred with U.S. Navy military honors last Friday at the Quantico National Cemetery.

As a result, the funeral and interment for Thomas R. DeKay, 61, a former Nixon White House official who later became a Catholic priest in the Arlington Diocese and chaplain in the Navy, have been postponed until such time the Postal Service locates the cremated remains, which have been lost in the mail for 12 days.

Mourners arriving for last Friday's funeral service at the Miller Funeral Home in Woodbridge, Va., were informed by Mr. DeKay's distraught widow, Jane DeKay, that the post office simply lost the remains, which, as is customary, were sent to Virginia by an Austin, Texas, funeral home via USPS registered mail.

"Thom is lost, they can't find him," she told this columnist, a family friend.

Mr. DeKay had moved with his wife and two children to Austin following his retirement from the Environmental Protection Agency in Washington. He died of cancer on March 22 and his cremation was handled by the Wilke-Clay-Fish Funeral Home, Austin's oldest family-owned funeral home .

Now, postal officials from Texas to Virginia to USPS headquarters in Washington, who were alerted to the unfortunate set of circumstances late Friday by Inside the Beltway, are scrambling to find not only the remains, but also determine how something so horrific occurred in the first place.

According to the USPS regulations, cremated human ashes can be sent throughout the United States via registered mail with return-receipt service. The identity of the contents is to be marked on the address side, with special shipping containers provided by the crematory.

Marc B. Miller, director of Miller Funeral Home in Woodbridge, told us Friday that he has never experienced anything quite like this before, and his heart goes out to the family. "Still nothing," he said yesterday when we called for an update.

Reached late Friday at USPS headquarters in Washington, spokesman David Partenheimer extended an immediate apology and condolences to the DeKay family, and then set out to find answers. Stay tuned.

Political pundits assumed former Virginia Gov. Mark Warner would be throwing his hat into the presidential ring of Democratic candidates, but it didn't happen. So what's a popular ex-governor to do?

If his solid polling numbers hold up, the Old Town Alexandria resident (Once upon a time, he and Republican presidential candidate John McCain lived two blocks from each other) is on his way to becoming the next U.S. senator from the Old Dominion.

Republican Sen. John Warner — no relation — announced last year that he would not be seeking a sixth term in office, leaving the seat vacant come January 2009.

As for a Republican challenger, Mr. Warner is likely to face former Virginia Gov. James S. Gilmore III, whom he succeeded in office. In the latest Rasmussen Reports telephone survey of Virginia voters released last week, Mr. Warner remained comfortably ahead of Mr. Gilmore, 55 percent to 39 percent, although the gap was slightly larger last month, when the Democrat had 57 percent.

"Warner dominates among unaffiliated voters," Rasmussen said. "He leads Gilmore 65 percent to 21 percent among those not affiliated with either Republicans or Democrats."

As for campaigning, Mr. Warner will be crossing the Potomac River on Wednesday evening for a cocktail fundraising reception at Teatro Goldoni on K Street Northwest in Washington. Meanwhile, Mr. Gilmore was also in Washington this past Thursday evening as keynote speaker at the Mayflower Hotel for the Bill of Rights Institute annual gala dinner.

By the way, it's worth noting that the same Rasmussen survey gives Mr. McCain a significant lead over Democratic presidential candidates Sens. Barack Obama and Hillary Rodham Clinton in Virginia.