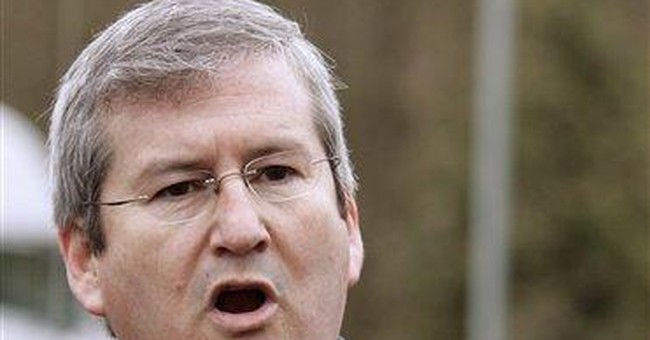 FBI headquarters on Pennsylvania Avenue is gearing up for July 26 — the bureau's 100th anniversary.

To mark the occasion, the FBI has been piecing together its lengthy crime-fighting history, including pulling from its files several classic gangster photos featuring the likes of John Dillinger and Bonnie and Clyde.

The FBI originated from a force of "special agents" created in 1908 by Attorney General Charles Bonaparte, who served under President Theodore Roosevelt. Up until then, the Justice Department had to call on the Secret Service to conduct its investigations.

"This situation frustrated Bonaparte, who wanted complete control of investigations under his jurisdiction," the FBI notes.

So he appointed his own force of 34 special agents, 10 of them Secret Service veterans, and ordered them to report for duty on July 26, 1908.

This corps "had neither a name nor an officially designated leader other than the attorney general. Yet, these former detectives and Secret Service men were the forerunners of the FBI," the bureau says.

Today, under Robert S. Mueller III, the sixth director of the FBI, the bureau numbers 30,500 employees, including 12,568 special agents and 17,920 support professionals — intelligence analysts, language specialists, scientists and others — tasked with everything from protecting the country from terrorist attack to investigating public corruption and violent crime.

Ted Lerner, whose group of Washington-area businessmen owns the Washington Nationals, has informed Washington journalist Morton Kondracke where he can grab a nonalcoholic beer or two at the newly opened Nationals Park.

"You can print this: 'Mr. Lerner, where is the nonalcoholic beer?' " Mr. Kondracke had told Inside the Beltway when we bumped into him in the sprawling concourse of the new stadium, during which time he opined that he liked the old RFK Stadium better.

Sen. Patrick J. Leahy, Vermont Democrat, is among Washington VIPs headed to the University of Minnesota Law School on Monday to honor the life and career of former Vice President Walter Mondale to mark his 80th birthday, which he celebrated in January.

To mark the occasion, the liberal Mr. Leahy ordered to be printed in the Congressional Record this week an editorial by Mr. Mondale that appeared in The Washington Post last summer dealing with the office of the vice president, which he pointed out, "I have more than a passing interest in its evolution."

"Almost all of that evolution, under presidents and vice presidents of both parties, has been positive — until now. Under George W. Bush and Dick Cheney, it has gone seriously off-track," charged Mr. Mondale, saying when Mr. Cheney took office in 2001 he "set out to create a largely independent power center in the office of the vice president."

"His was an unprecedented attempt not only to shape administration policy but, alarmingly, to limit the policy options sent to the president," he wrote. "The corollary to Cheney's zealous embrace of secrecy is his near total aversion to the notion of accountability. I've never seen a former member of the House of Representatives demonstrate such contempt for Congress — even when it was controlled by his own party."

As for President Jimmy Carter's White House, Mr. Mondale acknowledged "we have been criticized for many things," however "we told the truth, obeyed the law and kept the peace."