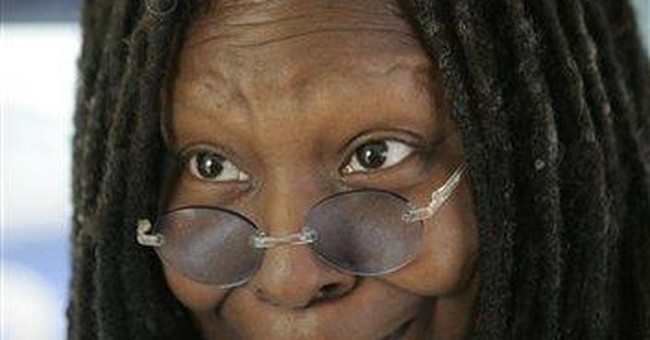 Out to raise some cash for the Democratic Party, Baltimore Orioles owner Peter Angelos is inviting select baseball fans — those with big wallets — to join him and Democratic National Committee Chairman Howard Dean in the owner's box at Camden Yards on Wednesday night, when the slumping Birds take on the New York Yankees.

To tell the truth

Republican Rep. Tom Price of Georgia refers to his group of fellow lawmakers as "The Truth Squad," which endeavors to come to the House floor to "shed a little light, a little truth, a little honesty on the matters that are discussed here."

This week, he says, the squad had a "fascinating time" telling the truth, bringing to light one of their favorite quotes, which happens to come from a Democrat, the late New York Sen. Daniel Patrick Moynihan.

Funeral services for longtime Washington PR-guru Hugh Newton will be held at 10 a.m. Wednesday at historic Christ Church on Washington Street in Alexandria (where both George Washington and Robert E. Lee worshipped).

Mr. Newton's widow, Joanne, asks that in lieu of flowers, contributions be made to the LaBeca Women's Scholarship Foundation, which provides scholarships to women and girls in South America, Central America and the Caribbean (www.labeca.org ).

"He loved people and that's why so many from whatever political perspective loved him," notes Cal Thomas, a columnist, TV commentator and former neighbor of Mr. Newton's.

"I recall Hugh picking me up once on his boat when we both lived in Old Town. I can't recall a single thing we discussed, but for those few hours we were together on the trip to Mount Vernon and back, I do recall the joy of true male friendship and fellowship."

"Hugh Newton was one of the finest persons I've had the privilege to work with," agrees Jim Martin, president of the 60 Plus Association, where Mr. Newton became a part-time consultant in 2001 after his retirement from counsel for the Heritage Foundation.

"[I]t seems like only yesterday during Hugh's first days with us that some staffers came to me to complain at how loud Hugh's old-style Remington typewriter was, the racket a direct contrast with today's ultra-quiet computers. I replied, 'Leave Hugh alone, he's creating.'"

R. Timothy Patterson, professor and director of the Ottawa-Carleton Geoscience Centre in the Department of Earth Sciences at Carleton University, wrote in Wednesday's edition of Canada's National Post:

"Solar scientists predict that, by 2020, the sun will be starting into its weakest Schwabe solar cycle of the past two centuries, likely leading to unusually cool conditions on Earth. Beginning to plan for adaptation to such a cool period, one which may continue well beyond one 11-year cycle, as did the Little Ice Age, should be a priority for governments."

That's Washington malpractice lawyer Jack Olender meriting a full-page picture in the latest issue of Lawdragon Magazine, after the publication ranked him as one of the country's top litigators.

We're told when the Lawdragon photographer entered Mr. Olender's office, he immediately selected the lawyer's toy models of superheroes as the theme for the picture.

"I have been dauntlessly protecting and defending my clients ... so, why not pose with my mythological inspirations?" reasoned Mr. Olender.

Washington Conservative Political Action Conference director and columnist Lisa de Pasquale has the inside scoop on who's in the running to fill Rosie O'Donnell's seat on "The View."

"Names being thrown in the mix include Kathy Griffin, Gayle King and Roseanne Barr. However, several entertainment publications are putting their money on actress Whoopi Goldberg," notes Miss de Pasquale.

Miss Goldberg "last raised the ire of conservatives when she spoke at a fund-raiser for then-presidential candidate John Kerry in 2004. Whoopi's profanity-laced routine about President Bush's last name was short on punch lines (unless you're a 12-year-old boy in sex ed class)."

We can't reprint what Miss Goldberg said about Secretary of State Condoleezza Rice, but as Miss de Pasquale points out, "she attacks, I mean jokes, about white and black conservatives" alike.

Which is why she just might get the gig at ABC.

"What 'The View' producers have learned from Rosie's rants against the Bush administration is that they can insulate themselves from criticism if they use a comedienne to spout the same leftist views," explains Miss de Pasquale. "They'll say, 'Oh she was just joking!'"