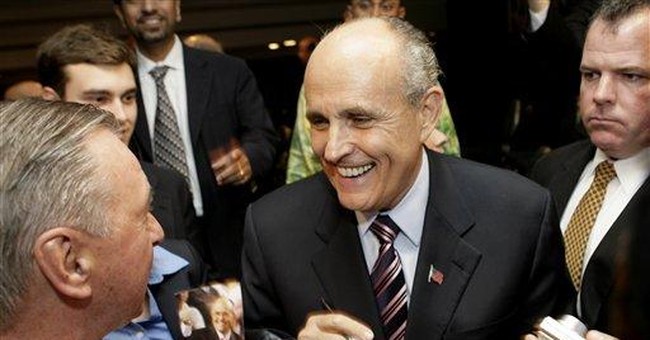 During a question-and-answer session yesterday with children in Schwerin, Germany, first lady Laura Bush described her favorite hobbies, her fondness for reading, and how she likes to watch baseball on TV.

Then came a pair of unexpected, rather personal questions from the German youngsters, the first: "How is it with George W. Bush by marriage?"

"By marriage?" a surprised Mrs. Bush repeated, in between fits of laughter. "It's great. It's very good."

Next question?
"How old are you?"
"How old am I?" Mrs. Bush laughed, pausing for a second before coming clean. "Don't tell anyone. Sixty."

Look behind a Washington camera, and you'll find the Fischer sisters of New Orleans.

Since July 2002, Betsy Fischer has been executive producer of NBC's No. 1-rated Sunday morning public-affairs program, "Meet the Press," hosted by Tim Russert.

Tomorrow evening, she's hosting an opening reception for her talented sister, Julie Fischer, whose photographs of people, places and things in Washington and beyond have just gone on exhibit at the NBC Art Gallery on Nebraska Avenue through June.

"Growing up, Julie was always the 'artistic one,' putting my poor little stick-figure drawings and Polaroid snapshots to shame," Betsy tells Inside the Beltway. "It's not surprising that she would become a true artiste."

She adds that it's been "wonderful" to have her sister in Washington the last few years, not only to do all the "fun sisterly things together, but I'm most thankful that my five-year-old daughter has gotten to really know her 'Aunt Jooey,' as she named her. In fact, I'm certain she is now the most well-photographed child around."

Julie studied photography at both Loyola University in New Orleans and San Francisco's Academy of Art University. On her Web site (www.juliefischerphoto.com), she notes that inspiration comes in many forms, but her inspiration happens to come when she is "behind the camera," when she is able to "capture the rhythm of life in a still image."

This evening at 7, the Cordias are hosting a fundraiser for the former New York mayor at the Hard Rock Cafe at 999 E Street NW. A $2,300 check made out to Mr. Giuliani will get you into a private reception and photo session with the candidate, or $1,000 is the cost for the general reception. However, this note is found at the bottom of the invitation:

"We urge each person to contribute $4,600 if you can. This year, a person may contribute up to $2,300 for the primary and another $2,300 to be set aside for the general election. As you are probably aware, Hillary Clinton and other Democratic candidates are raising money for the general election so they can [forgo] the limits of public funds and gain a competitive advantage against our Republican nominee. We must position Rudy so he can match the Democratic nominee dollar for dollar if need be."

It was an engagement party that interior designer Frank Randolph, son of the late West Virginia Sen. Jennings Randolph, co-hosted in his chic Georgetown digs with neighbor and author Viola Herms Drath.

The couple at the center of the festivities was Ethan Francis Drath, who owns the preppy-to-the-max Sherman Pickey boutique on Wisconsin Avenue and Hysteria in Old Town, and Lindsey Ann Williams, a fundraiser for The One campaign for the eradication of severe poverty.

Wedding bells are set to ring in February in Palm Beach, Fla.