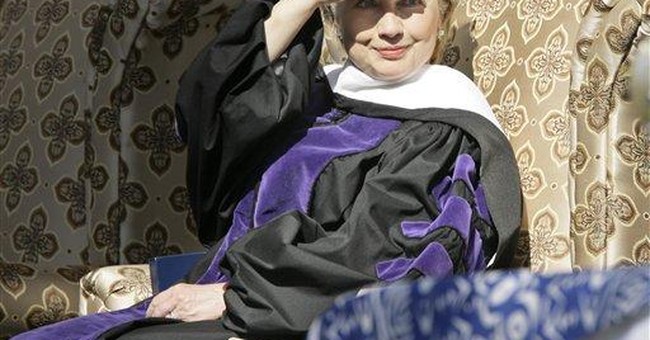 "President Ford's home reduced $100,000," screams the headline of a real estate ad posted by Joan Dixon of McEnearney Associates, referring to the late Gerald R. Ford's longtime residence in Alexandria that has languished on the market for 10 months.

The three-level, four-bedroom national historic landmark -- with a pink bathroom -- features a "gigantic swimming pool" and "classic knotty-pine kitchen and den," yet nobody is rushing to buy the property.

"It is a wonderful opportunity to live in a historic house with modern conveniences yet distinct features left when the Ford family lived there," Mrs. Dixon writes in the ad. "This is a friendly neighborhood close to Alexandria's Old Town, the Pentagon, and D.C. Metro buses are within one block."

The nation's 38th president lived at 514 Crown View Drive for nearly two decades, including when he was a congressman from Michigan, vice president, and even for the first 10 days of his presidency. New cost of owning history: $899,000.

Cost of a cut

National political operative Tim Roper, president of Tim Roper & Co. in Chatham, Mass., was in Washington last week on business and while "walking along L Street, I passed by a hair-stylist shop. Once I saw this sign, I just had to snap a picture."

"I need to be inspired," Democratic Rep. James P. Moran of Virginia replied when we asked him whom he endorses for president in 2008.

Although the congressman is a supporter of New York Sen. Hillary Rodham Clinton -- and in more ways than one -- he tells Inside the Beltway that he's mightily impressed with Illinois Sen. Barack Obama, particularly after reading the senator's second book, "The Audacity of Hope: Thoughts on Reclaiming the American Dream."

"He inspires me," says Mr. Moran, although he remains "on the fence" when it comes to choosing a candidate. And surely the outspoken congressman will always hold a special place in his heart for Mrs. Clinton.

Who will forget, after all, his post-Monica Lewinsky interview in 1998 on PBS' "The NewsHour with Jim Lehrer", when Mr. Moran revealed that he had told Mrs. Clinton "that if she had been my sister, given how she had been humiliated -- then I would have just taken him [President Clinton] out and punched him in the nose -- something worse than that."

At that point, the congressman said, Mrs. Clinton "mused a bit on what it might have been like had she had a big brother like that."

Speaking of Democrats, the party's three leading contenders for the White House -- Sens. Hillary Rodham Clinton of New York and Barack Obama of Illinois, and former Sen. John Edwards of North Carolina -- will participate in a presidential forum on "faith, values and poverty" to be held this evening at 7 in George Washington University's Lisner Auditorium.

Far from being Washington socialites, it's seldom that President and Mrs. Bush duck out of the White House for dinner. But on Saturday evening, they were guests in the Palisades home of Jim and Sandy Langdon, described as "personal friends."

An energy lawyer at Akin Gump, Mr. Langdon chaired the President's Foreign Intelligence Advisory Board in 2005. Otherwise, the only news from the dinner was that Mr. Bush fortunately "was no longer wearing the presidential seal-adorned bike socks or the Scottish terrier hat he had on" earlier that day.