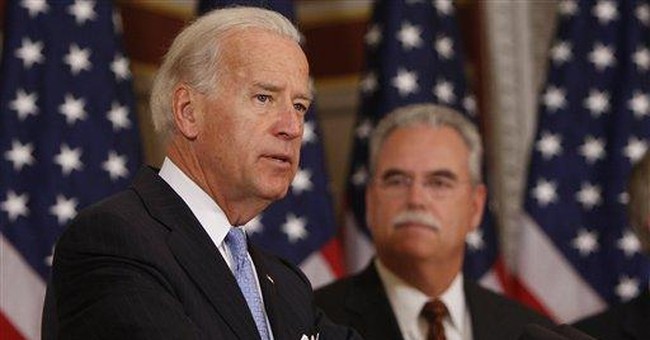 There they go again. Democrats have controlled the White House and both chambers of Congress for less than six months, yet already their tax-and-spend ways are hurting America’s economy – and taking away jobs.

Their first act of business was to pass a so-called “stimulus” package they promised would save or create 3.5 million jobs and keep the national unemployment rate below eight percent.

Instead, last week the rate jumped to 9.5 percent, its highest level in more than 25 years.

Rather than reversing course, however, Democrat leaders continued down this perilous path by forcing through the House a climate change bill that would be properly described as a “cap-and-tax” scheme. Experts say its carbon-trading rules will kill millions of jobs in an economy that desperately needs them.

Of course, this wasn’t enough to convince Democrats of the error of their ways.

Next up is health care, which is in dire need of attention. But – perhaps unsurprisingly – the projected effects of Democratic proposals on business and jobs are dismal.

Take small business, for example. It’s often called the engine of the U.S. economy because it employs approximately one out of six Americans and provides $1.7 trillion in annual wages.

If we leave it to the Democrats, that engine will break down. A national mandate on small business to provide health care would eliminate 1.6 million jobs over a five-year period according to a study by the National Federation of Independent Business Research Foundation. Two out of three of those 1.6 million jobs lost in five years would be shed from small businesses.

Other studies have painted an even more troubling picture of the Democrats’ planned government takeover of our health care system. Based on a model developed by Council of Economic Advisors Chair Christina Romer, it is estimated that some 4.7 million jobs could be lost as a result of taxes on businesses that cannot afford to provide health insurance coverage.

Make no mistake: The Democrats’ proposal is a government-run health program and something that absorbs tax revenue rather than creates it, which will contribute to a prolonged recession.

Sponsors of the Democrat plan seem all too willing to ignore the fact that we can’t pay for the government-funded health care programs we already have. Consider Medicare: Its trustees recently reported that the Great Society program’s funds will be depleted by 2017. That’s two years earlier than the date they projected last year – largely because of the recession that Democrats seem to keep fueling.

Add to that dire prediction the new spending of their government-run health care plan – not to mention the equally troubled Medicaid and Social Security systems. You don’t have to have a Ph.D. in economics to see that our children and grandchildren will be paying for these programs for the rest of their lives.

Republicans have serious reservations about the Democratic health plan. And we have developed solutions we believe can get the job done.

In fact, we think we can contribute to meaningful change of our health care system in this decade just as we spearheaded welfare reform in the 1990s and the tax code in the 1980s. Some of our Republican proposals to change health care in America include:

• Cutting regulations so insurance companies can compete for your business, which allows you to shop around for the best coverage and price that fits your needs.

• Fixing medical liability rules that make trial lawyers rich at the expense of patients and doctors.

These are just some of the many ideas my fellow Republicans and I have proposed to improve health care in the United States. You can check out more at www.gop.gov.

If this recession is going to end, Democrats need to focus on creating jobs – not killing them. The American people deserve no less.