The Questions Liberals Never Have to Answer

John Hawkins
|
Posted: Mar 29, 2016 12:01 AM
Share   Tweet
The opinions expressed by columnists are their own and do not necessarily represent the views of Townhall.com. 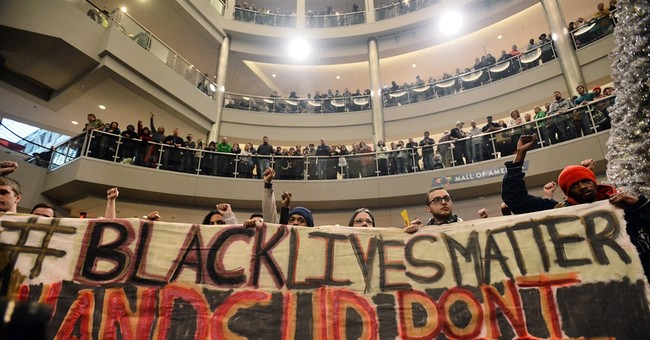 Liberals do a poor job of defending their beliefs with facts, logic or debate, but they have become unparalleled masters at keeping their opponents’ side of the argument from being presented at all.

We have kids who are never exposed to conservatism in high school who go to college where the professors are liberal; then they graduate and get their information from their local paper and all TV outlets except for Fox which are liberal, and they watch ostensibly non-political Hollywood-produced liberal movies and TV shows that reinforce left-wing viewpoints.

As if that isn’t enough, liberals go to great lengths to convince people that their opponents are so cruel, evil, racist and despicable that their arguments are tainted by default and shouldn’t be considered at all. The few conservative speakers at colleges are often met with protests meant to block their speech while conservative students, groups and professors face open discrimination. Taking a non-liberal position can cost an actor his career, a professor his tenure and a scientist his grants. On top of all that, they’ve attempted to simply make topics that are uncomfortable for liberals “out of bounds” via political correctness.

You don’t think that’s true? Then why don’t you regularly see liberals being forced to grapple with questions like this as often as conservatives are expected to discuss largely irrelevant topics like the Confederate flag, evolution and the non-existent “war on women?”

* Given that America has a large deficit and an unsustainable level of debt, shouldn’t we balance our budget and start paying off our debt before we consider any new non-essential spending program? How long do you think Social Security and Medicare can survive in their current form and if the answer isn’t “indefinitely” (And I can assure you it’s not), what are you going to do about it? Right now, liberals are blocking every change that could make either program solvent. So, are you willing to take 100% responsibility for all the good people who will be hurt when we can no longer pay senior citizens the money they’re expecting?

* Why do you support legally persecuting millions of Christians who quite correctly believe that they cannot live in accordance with their faith if they participate in a gay wedding? Who’s a worse person, a Christian cake maker who happily serves gay customers, but believes it’s wrong for her to cater a gay wedding or a gay couple that deliberately searches out a Christian cake maker who can’t participate in their wedding so they can sue her? Why should little girls be forced to share a bathroom with grown men who claim they “feel like” women? What about their safety? What about the fact that many of them don’t feel comfortable sharing a bathroom with someone with male genitalia? Are you helping people or hurting them by falsely telling them they can change their sex and encouraging them to mutilate themselves through surgery instead of encouraging them to get psychiatric treatment?

* Does it matter if anti-poverty policies work? If programs don’t work, shouldn’t they be abandoned? Is it good for people to be on welfare and food stamps long-term? Does it matter that the number of people on disability is so historically high that a significant percentage of the people receiving it almost have to be doing so fraudulently? Are we fulfilling our responsibility to the taxpayers to make sure their money is used to TEMPORARILY help people who really need it?

* The real world is not a “safe space” and very few people want hypersensitive weenies who complain about microaggressions around them. So aren’t liberals setting students up for failure by coddling them so much? When you set up kangaroo courts in colleges that are heavily slanted against men accused of rape while allowing women who make false accusations to avoid punishment, aren’t you setting up an environment that guarantees many young men will have their lives ruined over lies? Why should an illegal alien get in-state tuition when an American citizen from out of state has to pay more?

* Cities like New Orleans, Detroit and Flint, Michigan are run entirely by liberals and have been for a long time. Liberals are wonderful at shifting the blame to conservatives, but what are the liberal responsibilities for the problems those cities have? Of the eight states that are closest to bankruptcy, seven of them have been generally controlled by liberals over the last few decades (Illinois, New Jersey, Massachusetts, Connecticut, New York, California and Kentucky – which was largely controlled by Democrats until the last decade or so). What have liberals done wrong in those states? What do they need to do to achieve financial stability, especially given that California, New York and New Jersey already have some of the highest taxes in the nation?

* How many Americans are out of work because illegal aliens have taken their jobs? How many Americans are on government assistance either because they’ve lost their jobs or because illegals have driven down the wage they can be paid? How many millions of Americans have been robbed, raped or murdered because we refuse to secure our borders? When you encourage this kind of lawbreaking, what message does it send to legal immigrants? What message does it send about how meaningful the rule of law is to ALL AMERICANS?

Of course, we could go on and on like this for thousands of words because there are so many obvious questions that should be asked about what liberals are doing to America. Since liberals don’t have good answers for these questions, they do everything they can to avoid answering them and more importantly, to keep them from being asked. You’re not going to see a discussion about this on CNN, you’re not going to hear it in a college classroom and Hollywood isn’t going to make a new TV show that talks about how awful it is that Christians are persecuted for refusing to cater gay weddings. Unless liberals are forced to account for the poor performance, injustice and immorality of the policies they’ve been so successful in advocating, it will eventually destroy this country….and “eventually” may be a lot sooner than most people think.