Stealing the Baby's Milk Money to Pay for Viagra 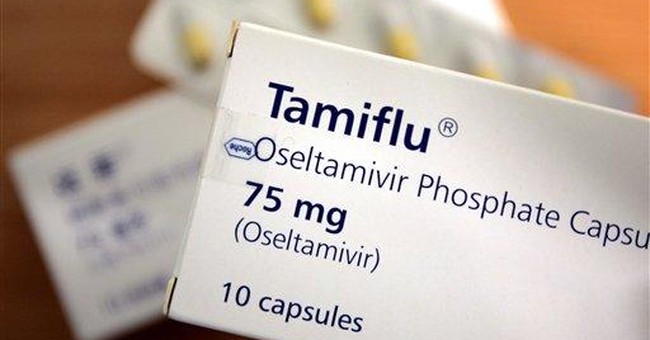 We Americans, complain though we may, are a generation to which much has been given. We have enjoyed a level of power and prosperity that has exceeded anything known by human beings in world history.

Our military has been impossible to defeat in conventional battle and our industry has been the engine of the world economy. Not only do we feed the world, we make much of its medicine and entertainment as well. Because of our trade policies that have allowed in cheap goods from all around the planet, even the poor in this country usually have cars, TVs, and air conditioning.

Inventions we take for granted -- like the computer, cell phone, DVR, Mp3 player, and microwave -- have helped make our lives considerably richer than they were even in 1980, when none of those marvelous advances were widely available to the public and we were gripped in the throes of a recession far worse than the one we're in today.

If we could go further back in time 75 years ago and give the richest men in America the opportunity to trade all their wealth for the lifestyle available to a middle-class American today, the overwhelming majority of them would jump at the opportunity.

But, do Americans today appreciate what they have? Do they understand how much blood, sweat, tears, and sacrifice it took to get us to this point? Do they still have that sense of connection to the Christians who were willing to cross an ocean and settle an untamed continent so they could freely practice their religious beliefs? Do they feel tied to the Founding Fathers who wanted to see this become a great nation? Do they admire the courage of American pioneers and settlers who tamed this country one wagon train and settlement at a time? When they think of the men who have died fighting to defend this country and its citizens, do they appreciate it or even understand their motives? How many Americans would still agree with Tom Paine's immortal words, "If there must be trouble, let it be in my day, that my child may have peace?"

Now, there have always been shameless freeloaders in this country and politicians that have had no qualms about pandering to them in order to get their votes. Happily, because of this country's Christian work ethic, a steady stream of hard working immigrants, and the innovation, drive, and determined spirit of the American people, the number of "takers" in our country has always remained relatively small.

That being said, a rather colossal shift seems to have taken place not just in our government, but in our culture. People no longer seem ashamed to take welfare or food stamps. They expect their neighbors to pay their mortgages. They think the government should keep their failing businesses afloat. In short, they seem to believe they have a "right" to have their fellow Americans pay their bills.

In the past, there have always been politicians who were happy to loot the productive members of our society to buy votes from those sort of n'er-do-wells. However, what is unusual about the situation that we now find ourselves in is that so many Americans seem to be willing not just to rob the producers of today, but to rob their own children.

In an environment, where armies of activists steadfastly fight the tiniest of spending decreases for the most hidebound of government agencies and the most Byzantine of bureaucracies, we're running deficits in the trillions and openly pledging to spend even more. Moreover, the nearly measureless amounts of money we're spending are not being put towards great accomplishments. We're not paying out these mastodonic sums to build an interstate highway system or get to the moon; we're spending it on giveaways to bankers, interest group boondoggles, and make-work government programs.

In twenty years, when our children have 20-30 trillion dollars of debt to deal with, massive deficits, an economy that is barely crawling along because of sky high tax rates, and their own personal senior citizen to support out of their wages courtesy of welfare and Medicare, how do we expect them to have the same sort of opportunities we've had? Are they going to inherit a "shining city on a hill" or a shotgun shack on the backside of a mountain? What is being done to future generations of Americans today in Congress is one of the most shameful acts in our country's history. It's the equivalent of stealing the baby's milk money to buy Viagra and it is selfish, contemptible, and unworthy of the proud legacy we've been left by previous generations of Americans.