The Top 12 Blunders of the Presidential Campaign 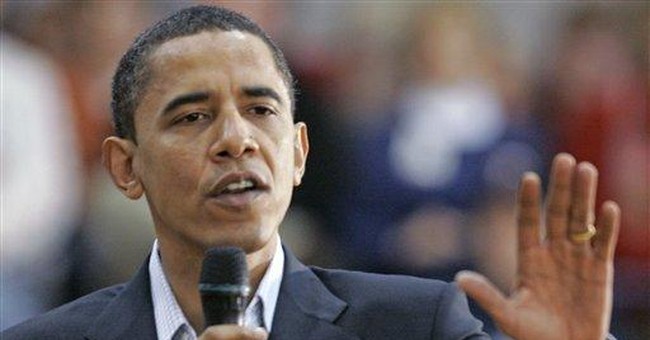 Why Huckabee chose to give Romney's supporters a chance to bash him for being "anti-Mormon" just for asking the question is unknown, but the comment, which Huckabee later apologized for, helped enable his detractors to paint him as a man exploiting his faith to help win an election.

However, Romney certainly didn't see it, he certainly didn't march with MLK personally as he has previously claimed, and Mitt's response to this flap certainly makes visions of Bill Clinton's infamous response from his 1998 Grand Jury testimony dance through your head.

Here's Clinton: "It depends on what the meaning of the word 'is' is."

Now, here's Mitt: "The reference of seeing my father lead in civil rights and seeing my father march with Martin Luther King is in the sense of this figurative awareness of and recognition of his leadership. I've tried to be as accurate as I can be. If you look at the literature or look at the dictionary, the term 'saw' includes being aware of -- in the sense I've described."

Oh yeah, he definitely has a little Clinton in him.

10) Obama's Flag Pin and National Anthem Flap: In his quest to win the Democratic primaries, Barack Obama tried to reach out to the patriotism-loathing netroots by making a big public show of not wearing a flag pin,

Democratic presidential candidate Barack Obama says he doesn't wear an American flag lapel pin because it has become a substitute for "true patriotism" since the Sept. 11, 2001, terrorist attacks.

Obama then was photographed refusing to hold his hand over his heart during the national anthem.

His response to that, bizarrely, was that some people were falsely claiming he didn't hold his hand over his heart during the Pledge of Allegiance when really, it was the national anthem.

Of course, you still hold your hand over your heart during the national anthem, so the point was moot. Long story short, it looks like Obama's unpatriotic "true patriotism" didn't poll as well as he thought it would.

9) Hillary's campaign says Obama is a coke-dealing Muslim liar who has been lying since kindergarten: In what may be the most grotesque display of dirty politics since the Nixon administration, Hillary Clinton's surrogates publicly and falsely suggested that Obama might have been a coke dealer, is secretly a Muslim, and that a kindergarten essay proved he had been lying about his desire to be President.

Had a Republican engaged in the exact same tactics, he would have been accused of being the worst sort of racist -- which incidentally, will probably also be what happens to Hillary Clinton in certain quarters if her repulsive smear tactics enable her to beat Obama in the Democratic primaries.

That started him out on the wrong foot in New Hampshire and he never recovered in that state. Today he's running 6th in New Hampshire, behind Ron Paul -- which means that if he bombs in Iowa, his campaign may be dead shortly after New Hampshire finishes voting on January 8th.

7) Southern Fried Hillary: In what was really a backhanded slap at black men, Bill Clinton was called the first black President, a label that he readily latched onto for political purposes.

Well, when his charisma-challenged wife tried to pick up where he left off in a black church in Alabama, the result was a horrible Southern accent of the sort you'd expect to hear at a New York Party as they tried to imitate an inbred, hillbilly yokel. It sounded something like this,

"IIIIIII don't feel noways tired. I come too fahrr from where I started frum...III culd have listened all afternuune."

Unfortunately for John Edwards, instead of ignoring it, he tried to hype it for the sake of publicity and fundraising which not only caused Ann Coulter to continue to go after him, but led to lots of conversations that went about like this,

Person 2: You're right. She should have just called him a little girl or Silky Pony.

Person 1: ...Or the Breck Girl. I mean he is pretty girlish. But, oh that Ann Coulter -- she always goes too far!

Then, Edwards made the mistake of compounding his error by having his wife call in to attack Coulter on Hardball. That's really the way to convince people that you're not as much of a wimp as they think you are -- by sending your sick wife out to fight your battles for you.

At first glance, that might seem to be a minor matter since there is no chance of getting it passed any time soon -- but that was the very moment that the bottom started falling out of his campaign as more than a few social conservatives slowly began the migration from him to Huckabee.

4) John Edwards' $400 Haircut: Let me ask the same question a voter asked him on the campaign trail: "Senator, I was just wondering: since you're on this national poverty tour, how do you justify spending $400 on a haircut?"

Of course, you don't and that has summed up the silliness of John Edwards' campaign. He's a pampered, super wealthy lawyer who has built a whole campaign around being a supposed champion of little girls who can't afford a $10 coat at Wal-Mart. It sounds fake, it is fake and people know it's fake.

3) John McCain supports the Senate amnesty bill: At one point, John McCain was considered the front runner for the GOP nomination, but his support for the incredibly unpopular "amnesty" bill in Congress did so much damage to his campaign's poll numbers and fundraising that many political analysts wrote his campaign off for dead.

Since then, because of the weakness of the field, he has been able to climb back into contention, but his continued support for amnesty is like a 45 pound barbell tied to his back. If he doesn't get the nomination, it'll be because of his support of amnesty. If he does get the nomination and goes on to lose in the general election, it'll be because of amnesty. In other words, the biggest hurdle standing between John McCain and the White House isn't his Republican or Democratic opponents, it's his desire to make 12 million fence-jumping, social-security-number-swindling scofflaws into American citizens over the fervent protestations of most members of his own party.

2) Fred Thompson gets in the race late: For months and months, Fred Thompson sat on the sidelines writing columns and doing radio appearances as his poll numbers went up. He thought, with some justification, that there wasn't much of a reason to officially declare his candidacy when he was becoming more popular without getting in the race.

However, on the other hand, while Fred was waiting, the conservative media was picking other candidates to back, top talent was signing on with other campaigns, his supporters were starting to get impatient, and expectations were building to super human heights.

Then, when Fred finally jumped in the race in September of this year, he was mercilessly savaged while he -- and his campaign -- got up to speed under a microscope.

Had he gotten in earlier, say in July of this year, there wouldn't have been as much scrutiny during that first month and he would also have probably raised more money than any other candidate in the third quarter, which would have given him much needed cash and a sign that his campaign was "for real."

As of yet, Thompson's campaign still hasn't recovered from the poor first impression that he made because he got in the race so late. That could turn out to be the difference between Fred Thompson, the GOP nominee -- and Fred Thompson, the guy who was out of the race by the middle of January.

After that horrific performance, Obama started rising in the polls while Hillary's campaign started making unforced errors and playing dirty. If Hillary Clinton doesn't capture the nomination, that botched debate question will be the key moment that led to her defeat and even if she does become the Democratic nominee, the aftermath of that controversy has revealed to the GOP how fragile Hillary Clinton really is when she's challenged.