The Selfishness Of The "Chamber Of Commerce" Crowd On Illegal Immigration 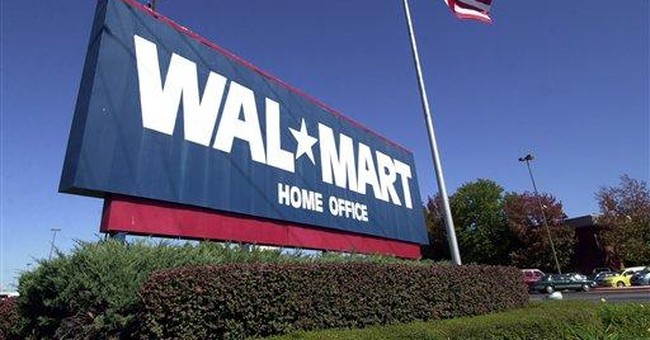 Those of us in the conservative movement have always been friendly to the business community. We believe in low taxes, a light touch on regulation, and we're stalwart champions of the free market.

When liberals start talking about limiting CEO pay, harassing Wal-Mart, beating up on oil companies, or generally trying to place new burdens on the businesses, it's always movement conservatives who rise to their defense, even though it's sometimes not in our best political interests.

Yes, we probably do fight a little harder because we view businessmen as political allies, but we genuinely, in our hearts and souls, believe in capitalism and an America where people can still get rich. So, philosophically, we're the best allies the business community in this country could ever have.

That's why it was so disappointing that none of that seemed to mean anything to the "Chamber of Commerce" crowd when it comes to the illegal immigration issue. Their attitude, right from the beginning to the bitter end of the bill in the Senate yesterday was, "We want to bring in as much cheap labor as humanly possible now, next year, and forever more to fatten our wallets and we want everyone else to pick up the tab for it. If it puts American workers out of a job, we don't care. If it drives their wages down, so much the better, because that means we make more money. If we have to leave the borders open and risk another 9/11, that's fine with us. If we have to get the bill through by demonizing as racists the very people who have staunchly defended us on issue after issue, it doesn't bother us a bit. Long story short, if anyone doesn't like what we want to do, tough, because we bought these senators with our campaign contributions, we own them, and it's our way or the highway." In other words, for a lot of these companies that knowingly hire illegals, this is all about raw, unbridled greed.

Now, I don't begrudge a company making a big profit or get all upset because some corporate CEO gets paid more money in the time it takes him to walk from his office to the bathroom and back than I make in a year. That's just what Churchill referred to as capitalism's, "unequal sharing of blessings," and I don't have any problem with it.

But, what I do have a problem with are businesses that want to put an enormous burden on the rest of the country just to inflate their bottom lines. These businesses that are knowingly hiring massive numbers of illegals are criminal enterprises, not much different from crack dealers in my book, and not only do I want to see them getting fined, I want to see the people running those companies doing hard time in a federal penitentiary.

Because these illegal aliens are not coming to this country to see the sights. They are coming here because crooked businesses are willing to ignore the law and give them jobs. Then these illegals that they're drawing here drive up the cost of health care and car insurance by refusing to carry insurance themselves. These illegals are having anchor babies and using those children to get welfare, food stamps, and other government goodies that the rest of us pay for. Enormous numbers of American citizens have been raped, robbed, and murdered by illegal aliens who came here in the first place to work for these crooked corporations. Our taxes also pay for keeping illegals in jail, we pay for their kids' schooling, and we have to pay a lot of money to keep these illegals out of the country and away from these businessmen who want to hire them. So, these crooks make a mint by paying slave wages to illegals and the rest of us have to pay the price for it.

Free enterprise? Free enterprise is great. But, free enterprise doesn't mean a lot of businessmen get rich by willfully breaking the law, pass the costs on to the rest of us, and then pay off senators with campaign contributions to legalize their victimization of the rest of the country.