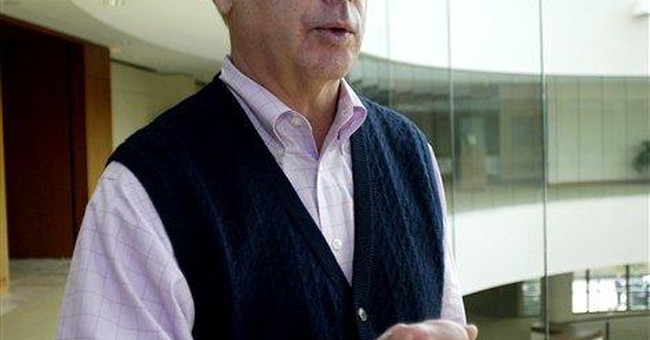 1) Conservatives are more racist than liberals.Although you will find racists on the left and the right, the left is much more racist on the whole. That's why we still have to create majority black districts in order to get significant numbers of black Americans elected to Congress -- because even though blacks vote overwhelmingly for the Democratic Party, a large percentage of white liberals won't return the favor and vote for black candidates running on the Democratic ticket. According to a study at Yale, "(W)hite Republicans nationally are 25 percentage points more likely on average to vote for the Democratic senatorial candidate when the GOP hopeful is black...In House races, white Democrats are 38 percentage points less likely to vote Democratic if their candidate is black." That 25% of Republicans has nothing to be proud of, but as you can see, the Democrats are far worse.

Meanwhile, another study from a professor at Stanford showed that Democrats were prejudiced about whom they chose to donate money to after Katrina,<>

"But for Democrats, race mattered -- and in a disturbing way. Overall, Democrats were willing to give whites about $1,500 more than they chose to give to a black or other minority....(While Republican) responses to the assistance questions are relatively invariant across the different media conditions. Independents and Democrats, on the other hand, are more likely to be affected by racial cues."

No big surprise there. Republicans were formed as an anti-slavery party and they believe in a colorblind society, while Democrats supported slavery and were the ones turning water hoses and dogs on black protestors in the sixties. Remember George Wallace? Democrat. Bull Connor? Democrat. But, what about the revolutionary Civil Rights Act of 1964? 82% of Republicans in the Senate voted for it while only 64% of Democrats did. Even today, the driving force behind policies like Affirmative Action is the liberal belief that American blacks are too inferior to make it in America without help from the left. That's why it's too bad so many black Americans have bought into the liberal propaganda about conservatives hating black people. Neither the left nor the right has a monopoly on bigots, but far more of them are on the left than the right.

It turns out that this idea that liberals give more…is a myth. Of the top 25 states where people give an above average percent of their income, 24 were red states in the last presidential election.

Arthur Brooks, the author of "Who Really Cares," says that "when you look at the data, it turns out the conservatives give about 30 percent more." He adds, "And incidentally, conservative-headed families make slightly less money."

And he says the differences in giving goes beyond money, pointing out that conservatives are 18 percent more likely to donate blood.

3) Liberalism is the ideology of science. It has been said that if we ever have fascism here in America, it will be called anti-fascism. Similarly, it's liberals who politicize science to fit their ideological goals and then declare that their opponents are the ones who have rejected reason. Let's take a look at the two most prominent examples.

Then, of course, there's global warming. The earth has always been warming and cooling and because of our limited understanding of the climate, we don't fully understand why. Moreover, our best scientists can't accurately forecast what the weather is going to be like a few months from now, or for that matter, next Friday, yet we have global warming alarmists making wild, absolutely unprovable predictions about what the temperature of the planet will be like in fifty to a hundred years. Additionally, they claim to be certain that mankind is responsible for the one degree temperature increase we've seen over the last century, even though from roughly 1940 to 1975, as man was pumping larger and larger amounts of greenhouse gasses into the atmosphere, the planet was cooling, not warming. As if all that wasn't enough, honest environmentalists will admit that even if man is responsible for global warming, there is no realistic way, with our current technology, to cut our greenhouse gasses enough to make a difference. Let me also add that there is a scientific theory that adequately explains the small increase in temperature we've had over the last century much better than anything Al Gore has ever come up with: that being, the sun, not man is primarily responsible (see here and here for more details).

When people point out all the flaws in the liberal "reasoning" about global warming, the response is almost inevitably an attempt to cut off debate. Scientists who fail to toe the liberal line have their reputations smeared and are compared to Holocaust Deniers.

Moreover, global warming alarmists continually try to claim that there should be more discussion of whether man causes global warming because "consensus" on the issue has been reached in the scientific community. This is despite the fact that there are more than 17,100 scientists who say that,

"There is no convincing scientific evidence that human release of carbon dioxide, methane, or other greenhouse gasses is causing or will, in the foreseeable future, cause catastrophic heating of the Earth's atmosphere and disruption of the Earth's climate."

Why is the left so hellbent on proving that mankind is responsible for global warming, if the facts don’t seem to point in that direction? Because it's a great way for them to attack big business, particularly oil and a wonderful excuse to raise taxes. Additionally, because America has the world's biggest economy, we'd be heavily damaged by ridiculous treaties like Kyoto and the opportunity to punish America for being so successful is a big motivator for the left. So, as you see, it is liberals, not conservatives, who are disregarding science in order to further their political concerns.