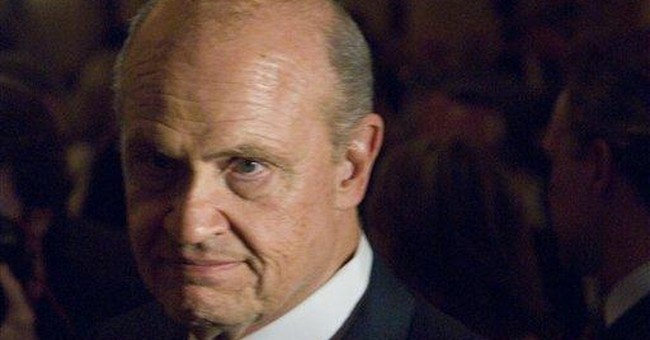 RICHMOND, Va.--He lacks the compelling story of Rudy Giuliani during 9/11. He isn't a war hero with a 24-year record in Congress like John McCain. He doesn't have the M.B.A. smoothness and business success of Mitt Romney. But what Fred Thompson demonstrated to an enthusiastic Virginia Republican Party dinner Saturday is that he has gravitas, a presence and the ability to make people comfortable. Most importantly, many at the dinner saw him as a conservative who doesn't alienate or cause angst with any element of the GOP coalition.

University of Virginia political scientist Larry Sabato says the failure of any of the current candidates to excite chunks of the Republican base has given Mr. Thompson an opening. Conservatives "seem to look for reasons to like Thompson," Mr. Sabato told the Roanoke Times.

They certainly got some from Mr. Thompson's Saturday speech. After slightly ragged tryouts before audiences in California and Connecticut, he hit his stride with a speech that mixed warnings about the state of the country with optimism that the American people can overcome the challenges facing them.

He called on Republicans to build "a new coalition" in 2008 that avoids some of the mistakes that led to last November's disaster. "Some of us came to drain the swamp [in Washington] and made partnership with the alligators," he said, explaining how the GOP Congress ended up tagged as soft on spending.

"Folks, we're a bit down politically right now, but I think we're on the comeback trail, and it's going to start right here," he assured his listeners. "It's like the American people are waiting for us," he continued. "They're waiting for us to remember why we're doing what we're doing, about the ideas that inspired us, to remember who the leaders were that inspired us."

To that end, Mr. Thompson said the next president should have the courage to talk straight with the American people and bluntly say that Americans will have to confront both the soaring cost of entitlements and the need to remain committed in the war on terror, even when Iraq is "in the rear-view mirror." "This is a battle between the forces of civilization and of evil," he said, noting that reports over the weekend of a foiled plot against John F. Kennedy Airport in New York was proof positive that terrorism remains a real threat. "I listen to the Democratic congressional leaders and I hear them talking about how many [House and Senate] seats they're going to pick up because of this war," he said. "I listened to one of their presidential candidates talk about that this is a phony war, the war on terror. This is what passes for policy today in the Democratic Party."

Mr. Thompson also zinged Democrats for proposing a budget that boosts spending dramatically while remaining silent on the extension of investment-focused tax cuts that expire in 2010. "The Democrats are hot after repealing all of that, the engine that's driving this economy."

On judicial nominations, Mr. Thompson recalled his role in helping guide John Roberts through the confirmation process. He said nominees like Chief Justice Roberts are necessary because too many judges were "waking up in the morning and deciding what social policy should be." He warned federal judges: "If they continue to act like politicians, the American people are going to start treating them like politicians, and that's not good news for them."

But Mr. Thompson's biggest response came when he addressed immigration. "We are a nation of compassion, a nation of immigrants," he told the crowd. "But this is our home, and whether you're a first-generation American, a third-generation American or a brand newly minted American, this is our home and we get to decide who comes into our home." At that, much of the crowd rose and applauded midspeech.

While it was clear Mr. Thompson has found a way to excite the Republican base, his impending candidacy is at a crossroads. He has run what Fred Barnes of The Weekly Standard calls "the greatest non-campaign campaign I've ever seen" and has managed to land in the upper ranks of the crowded GOP field without spending any money. But when his actual campaign begins next month, a different standard of success will be applied.

Many doubt he can catch the front-runners with such a late start in raising money, organization and endorsements. He responds that "it's too late to follow those rules even if I wanted to, and I don't want to." Instead he plans to use new technology in innovative ways that include everything from the Internet to distributing videos to cell phones. Less tech-savvy primary voters can expect to see Mr. Thompson as a constant presence on talk radio and cable TV news. Will that be enough? Much of it may depend on just how much Mr. Thompson can build on the success of Howard Dean in 2004 in harnessing the power of the Internet as a fund-raising tool.

One obvious shortcoming is that Mr. Thompson hasn't run for office since 1996. After he announces and enters the maelstrom of a national campaign, he will inevitably make mistakes, misspeak and demonstrate a lack of knowledge on issues the other candidates have had months to bone up on. How he handles adversity and crises on the campaign trail will be the true test of his mettle and adaptability.

His competitors will no doubt belittle Mr. Thompson's eight years in the Senate as lackluster. Few bills passed bearing his name as a chief sponsor. Mr. Thompson told the Associated Press that he plans to correct the record by pointing out that a senator's accomplishments don't "always have to do with putting your name on a piece of legislation. There was an awful lot of bad legislation that I helped to stop for one thing."

A related charge is that he was something of a slacker, both in his Senate duties and in campaign fund-raising. But the evidence for this claim is thin. Norman Ornstein, a congressional scholar at the American Enterprise Institute, told Reuters that he saw Mr. Thompson as a thoughtful lawmaker who reached across party lines: "He worked plenty and he absorbed plenty." For his part, Mr. Thompson says "that's one rap you can cure," by showing his energy level as he courts voters and as contributors respond to his appeals.

As for his ambivalence about running for president until age 64, he jokes that voters may like someone "who hasn't lusted for the job since they were student body president." He maintains that "if a person craves power for the sake of power, if he craves the office for the sake of holding the office, he's got his priorities mixed up. It [should be] a desire to do something not be something."

Mr. Thompson will run an unorthodox campaign, one that will challenge the conventional wisdom about how to run for president. Even if it proves unsuccessful, it's useful for a candidate to occasionally come along and ask if the rules everybody is following were made for a different time and new approaches are appropriate.

That attitude is part and parcel of the innovation and injection of new blood that animates so much of American life, and from Barack Obama on the left to Fred Thompson on the right, it's a healthy development that this year's presidential election is seeing different kinds of candidates.