The Power of Sixty 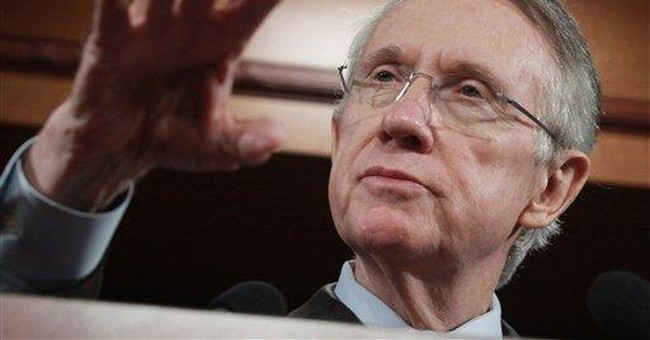 Last night, by a single vote, Senate Republicans barely blocked the passage of the pork-laden $410 billion omnibus spending bill. Late in the evening, Senate Majority Leader Harry Reid acknowledged that with 59 votes, he was just one short of the 60 he needed, and the massive spending bill was shelved for the weekend.

While the temporary stalling of the bloated bill is good news for the American people, it also illustrates the incredible importance of the 60-vote threshold in the United States Senate. Right now, Democrats stand on the brink of the magical 60th number, with 58 reliable Democrat votes and the Norm Coleman-Al Franken contest still pending in the courts.

Should Harry Reid and the Democrats gain their 60th vote in next year’s election, they will have a filibuster-proof majority, and Washington will officially become a one-party town run solely by the Democrats. Republicans would be powerless to stop even the most flawed pieces of legislation.

Given the Democrats’ recent behavior, one-party rule would be a disastrous prescription for our already-ailing economy.

In the aftermath of the recently adopted $787 billion economic “stimulus” package and with President Obama’s $3.6 trillion budget for the 2010 fiscal year looming on the horizon, our country simply cannot afford to endure Harry Reid’s spending agenda. The spending has spiraled so far out of control that even some Democrat Senators are beginning to rebel against it.

Take this week’s omnibus, for example. If this legislation passes, it will mark the first time in history that discretionary spending hits the $1 trillion mark – $21 billion over budget. In addition to its huge price-tag, the legislation also includes more than 8,500 un-inspected pet projects -- totaling more than $7.7 billion -- flying in the face of President Obama’s calls to eliminate wasteful government spending and bring transparency and openness to the broken earmark process.

Now, Republicans want to work together with President Obama in a bipartisan manner to get our economy moving again, but that does not mean we should accept massive spending bills that would double the nation’s total public debt in five years, while simultaneously raising taxes on almost all Americans. Should this legislation pass, taxes will increase on small businesses, family farms, retirees, 401 K owners and energy consumers. When Herbert Hoover raised taxes during a recession, he launched our country into the worst depression in our nation’s history.

If Harry Reid gets his 60th vote, there will be no more fights like the one we saw last night. Democrats will have the ability to ram through legislation loaded with massive government spending and personal pet projects, driving our economy in the wrong direction and our country further into debt.

Right now, the Republican Party’s sole capacity to meaningfully impact legislation is limited to our ability to prevent flawed legislation from advancing through the United States Senate. In 2010, we must all fight together to preserve our numbers in the Senate, or we risk mortgaging the future of the country we all love so dearly.