Reinvigorating No Child Left Behind 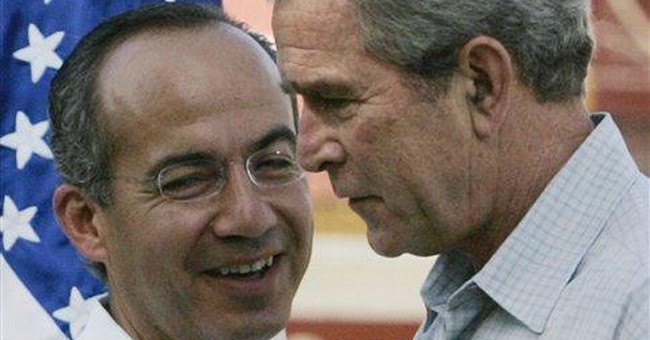 One of the Bush Administration’s landmark legislative achievements, the No Child Left Behind Act (NCLB), recently observed its fifth birthday. The law expires and must be renewed by 2008.

No Child Left Behind is built on the most worthy premise imaginable—that every child in America deserves the opportunity to receive a quality education, in order to fulfill his God-given potential. There are no critics of the law’s goal: standards, accountability and superior schools.

But the path to that goal is filled with disagreement. The law was controversial in 2001, and it’s controversial now. Its final form was the result of numerous compromises. That’s what happens when trying to impose a national solution on a part of government—our K-12 education system—that should be controlled at the local level.

Much of this federal aid is allocated for specific programs, and is accompanied by detailed instructions on how it must be spent and onerous burdens on schools to justify their funding. Because there are numerous federal mandates that accompany this federal largesse, this ‘free’ money does come at a cost.

In Florida, for instance, more than 40 percent of the state’s education department staff is devoted to administration and oversight of federal aid dollars as they move from Washington to local school districts. Nationally, according to the Office of Management and Budget, state and local education employees logged 6.7 million additional hours of work on NCLB-related reporting requirements.

Texas provides a good example of some unintended results. Under the leadership of then-Governor George W. Bush, Texas became one of the first states to establish a standards-based system.

Unfortunately, the 2001 law is often unfairly applied to judge students in each state. While it requires all students to attain a minimum ‘proficiency’ level in math and reading by 2014, it unfairly penalizes states that aim higher. This creates a situation in which some states dilute their testing measures in order to meet proficiency requirements, while others, like Texas, set high standards and are then punished with poor proficiency ratings.

Of course, some public schools in Texas have recorded major improvements, and I’m confident that teachers, parents and administrators everywhere are doing their best to improve on their achievements. But they might do even better if there were more attention paid to learning, and less time spent filling out government paperwork.

Education is a function that is best left mainly to parents, teachers and local school boards. As we reauthorize NCLB, we should pursue ideas to reinforce local control of innovation, even while ensuring accountability in the results.

With my colleague from South Carolina, Sen. Jim DeMint, I’ve proposed legislation that would allow states to bypass much of the federal red tape and bureaucracy that’s grown up around NCLB. Our bill is known as Academic Partnerships Lead Us to Success (A-PLUS) Act of 2007.

Currently, most NCLB funding is earmarked for specific programs, and accompanied by elaborate federal red tape. Our idea would allow states to enter voluntarily into a charter agreement or contract with the U.S. Department of Education, to let state and local authorities identify their education needs and priorities.

Under the charter, a state will have the flexibility to consolidate federal education programs and funding, and redirect resources to reform initiatives developed at the state level.

These program results would be published, and accountability for improvement would remain in force.

We have purposefully provided great freedom and flexibility in this bill in an attempt to return education decision-making authority back to the states—where it belongs. Our plan is not radical.

President Bush included a state charter option in his original NCLB proposal to Congress, but this provision was unfortunately dropped in the 2001 compromise. This option should be included in the reauthorization of No Child Left Behind.

President Bush has long sought to eradicate the “soft bigotry of low expectations” in our nation’s public school systems. He knows that we lift students up when we expect more from them, and give them more responsibility.

The federal government should adopt the same attitude toward local public schools. States should be given the opportunity to design educational programs that fit the needs of individual districts, parents and children. In education, one size does not fit all.