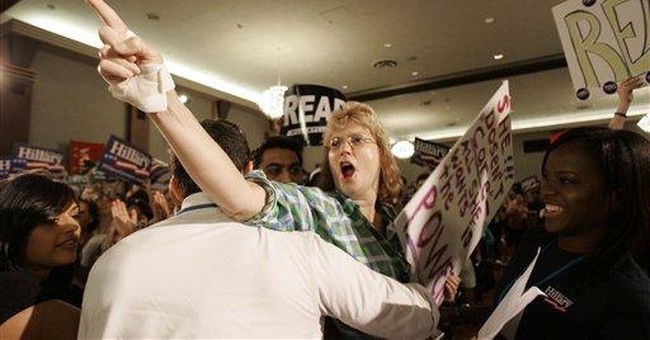 The easy part of the Ward Churchill affair is over. The fraudulent scholar and faux Indian was fired from the University Colorado faculty on July 24 for dishonesty in his academic profession, not for honesty in his radical politics.

Colorado citizens and taxpayers, acting through their elected regents, rightly rid themselves of a corrupt and treacherous employee. Churchill may sue all the way to the Supreme Court, but Chief Justice Roberts and his colleagues will finally uphold the board’s action.

Now comes the hard part: thinking through what we the people of Colorado mean by a great university in a free society, then finding the political will to reform our academic institutions accordingly.

“How Many Ward Churchills?,” a 2006 report by the American Council of Trustees and Alumni, concluded that abuse of the professor’s podium to undermine the ideal of higher learning itself is common nationwide. Wild Ward appears to have many soulmates among the Boulder faculty. Elizabeth Hoffman, Hank Brown’s predecessor as CU president, validated them with absurd talk of McCarthyism. Churchill’s departure will do little to cure the wider intellectual rot you can sense on campus.

His former fiefdom, the Department of Ethnic Studies, proclaims online that ht “empowers students to move beyond existing social, cultural and political paradigms to more inclusive paradigms in which they are the subjects of their own reality.” Relying on “critical race theory, critical class theory, feminist theory, liberation theology, postmodernism, and postcolonial theory,” say these shapers of tomorrow’s radicals, “we engage emergent epistemologies of racial/ethnic communities to critically question established disciplinary canons.”

Loosely translated, this means America should be ashamed of itself, needs reinventing (or even, as Churchill has suggested, erasing), and in the process, a hard rain’s gonna fall. Fine, go ahead and think that. It’s a free country. But alongside this bizarre sideshow of our tax dollars at work, why not provide equal time for a CU Department of Western Civilization academically devoted to “advancing the ideals of freedom (with) loyalty to the past (and) responsibility to the future”? Talk about radical.

But Boulder wouldn’t dare, would it? Sadly, no. Those words are from the brochure of a tiny Center for Western Civilization begun at the university as a solo effort by classics professor Christian Kopff. “The permanent things, embedded in tradition, are good things for human life,” his defiant prospectus continues. He invites students to join “in the fruitful exploration of the benefits and significance of Western Culture, from the ancient Greeks to the American Founding.”

For perspective on the center’s pathetic $86,000 budget (just increased by President Brown, with touching gratitude from Kopff), consider that CU spends $22 million annually on diversity programs. This includes nearly 100 activities so tangled and varied – but none addressing intellectual or political diversity, of course – that administrators conceded to an Independence Institute researcher there’s no complete list.

With a 6-3 Republican majority on the Board of Regents, you might Kopff would be faring better. But it was clear who runs the asylum when Regent Tom Lucero brought a resolution last December that would have directed administrators and faculty to start a Department of Western Civilization, Republicans Pat Hayes and Paul Schauer sided with the three Democratic regents to defeat it, 5-4.

Were the GOP dissenters swayed by the inner voice of multiculturalism, or pressured by faculty postmodernists? They haven’t said, but you have to wonder if the same five votes were what elected the liberal Hayes as chairman in June, edging out conservative Republican Steve Bosley.

Bosley at least heads the search committee seeking a successor for Hank Brown, who is leaving next year. But will CU’s new president be chosen by the 8-1 bloc that fired Ward Churchill, or by the 5-4 alliance that squashed Western Civ? That’s the next big showdown between “critical class theory” and "the permanent things."