Scarborough was first elected to the US Congress in 1994, becoming the first Republican elected in Florida's First District since 1872. He was re-elected three more times, in landslide victories.

While in Congress, Scarborough worked with a small group of his fellow freshmen congressmen, whom the National Journal once cited for having acquired “unusual power and influence” given their short time in Washington.

During his tenure, Scarborough served on the Armed Services Committee, the Judiciary Committee, Government Reform and Oversight and the Education Committee. In 1998, he was named Chairman of the Civil Service Committee and while on that committee, Scarborough drafted a bill on Long Term Care, which President Clinton called “landmark legislation."

Scarborough championed a balanced budget, human rights, religious freedom, and environmental causes while in Congress. In 1996, he led the effort to relocate hundreds of minority families whose homes were located over a superfund site. US News and World Report called Scarborough’s action “groundbreaking.”

In 1999, Scarborough founded and published the award-winning newspaper The Florida Sun. In May, 2001, Joe retired from Congress to spend more time with his children and return to his law practice.

After leaving office, he was named by President Bush as a member of the President’s Council on the 21st Century Workforce, where he served with Labor Secretary Chao, national labor officials, and business leaders.

In 2004, Scarborough published the critically acclaimed Rome Wasn’t Burnt in a Day, which gives an insider's view what goes on behind closed doors in Washington, and how that contributes to reckless federal spending.

He currently resides in Florida with his wife and three children. 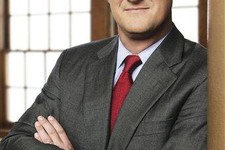 Am I Not Conservative Enough?
By Joe Scarborough
Brent Bozell thinks I have fallen from the ranks of true conservatives and wrote a scathing blog on his website ...
February 18, 2010
Clinton is wise to remain strong on terror
May 15, 2007 |
Make your mistakes while 'no one' is watching
May 11, 2007 | 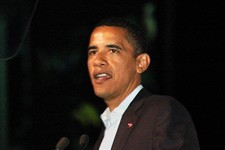