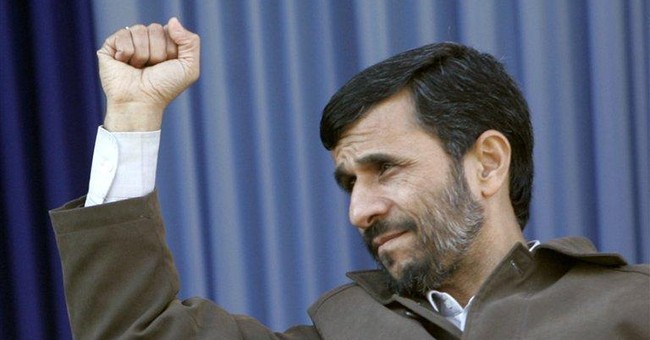 The following is an excerpt from Epicenter by Joel C. Rosenberg.

When Saddam Hussein ordered the invasion of Kuwait in 1990 and threatened to use chemical weapons to destroy half of Israel, the Washington Post described the event as a "political earthquake" whose aftershocks "will be apocalyptic for the Arab world."

When U.S. and coalition forces invaded Afghanistan in 2001 and Iraq in 2003 and vowed to build the first democracies in the region aside from Israel, the Associated Press called such developments a "political earthquake" that "shook the political foundations of the Middle East," an assessment echoed around the globe.

When in the summer of 2005 Iranians elected a new president who vowed to accelerate Tehran’s nuclear program and provoke a direct confrontation with the United States (the "Great Satan") and Israel (the "Little Satan"), Agence France-Presse characterized the election as a "political earthquake."

These were not isolated examples. Yasser Arafat’s death was described by the media as a "political earthquake." So was Ariel Sharon’s stroke and sudden fall from power, together with the rapid rise of Hamas to power in the West Bank and Gaza shortly thereafter. Indeed, a search of a leading news database found 729 news stories published or broadcast over the past decade that described tumultuous events in the Middle East as "political earthquakes." And these do not even begin to include coverage of the first Palestinian uprising (intifada) in 1987–88, the Iran-Iraq War in the 1980s, the overthrow of the shah of Iran and the Soviet invasion of Afghanistan in 1979, the Arab oil embargoes ofthe 1970s, the Yom Kippur War in 1973, the Six Days’ War in 1967, the rebirth of the State of Israel in 1948, or any of the terrorist attacks orpeace talks that have occurred over the past several decades.

To be sure, much about the politics of the region is murky and confusing to Western minds. But one thing is increasingly certain: the eyes of the nations are riveted upon Israel and the Middle East, the epicenter of the momentous events shaking our world and shaping our future. And now a new crisis is brewing.

The man Iranians elected to be their president in the summer of 2005 was Mahmoud Ahmadinejad, who until then had been the mayor of Tehran. Few outside the capital city knew much about him at the time. Even those inside may not have fully appreciated what they were getting themselves into. But with each passing day, the picture became clearer—and more troubling.

Upon taking office, Ahmadinejad undertook a series of moves thatsent shock waves through world capitals, rattled global markets, anddrove up the international price of oil. He told associates that he believedthe end of the world was just two or three years away. He said he believedhe had been chosen by Allah to become Iran’s leader at this criticalhour to hasten the coming of the Islamic messiah known as the TwelfthImam or the Mahdi by launching a final holy war against Christians andJews. He publicly vowed to annihilate the United States. He vowed towipe Israel "off the map." He also dramatically accelerated Iran’s effortto build, buy, or steal the nuclear weapons necessary to bring about theend of days, in accordance with his Shiite Muslim theology.

The first public hint of just how central Islamic eschatology wouldbe to Ahmadinejad’s foreign policy came during his first address to the United Nations General Assembly in New York in September 2005. Ahmadinejad stunned the audience of world leaders and diplomats by ending his speech with this prayer: "O mighty Lord, I pray to you to hasten the emergence of your last repository, the Promised One, that perfect and pure human being, the One that will fill this world with justice and peace."

Back in Iran, Ahmadinejad then stunned a group of Islamic clericsby claiming that during his UN speech he was "surrounded by a lightuntil the end" and that "all of a sudden the atmosphere changed there,and for 27 or 28 minutes all the leaders [in the audience] did not blink....I am not exaggerating when I say they did not blink; it’s not an exaggeration, because I was looking. They were astonished, as if a handheld them there and made them sit. It had opened their eyes and earsfor the message of the Islamic Republic."

The following month, Ahmadinejad gave a speech in Tehran inwhich he further clarified his objectives. "Is it possible for us to witnessa world without America and Zionism?" he asked a gathering of terroristleaders from such groups as Hamas and Islamic Jihad. "You had bestknow that this slogan and this goal are attainable, and surely can beachieved." He then urged Muslims around the world to prepare for theday when "our holy hatred expands" and "strikes like a wave."

Six months later, Ahmadinejad upped the ante yet again, declaringin a nationally televised address that Iran had successfully enriched uraniumand joined the "nuclear club," leading a number of Western intelligenceagencies and experts to predict that Iran could have operationalnuclear weapons in the next two or three years—just in time for theBush administration to leave office and, presumably, for the end of theworld to begin.