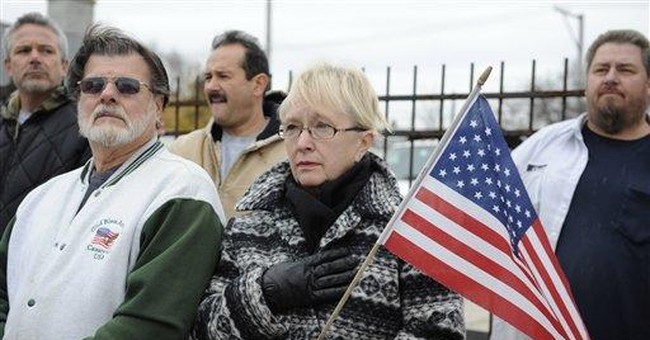 As Sen. Joe Lieberman, Connecticut independent, officially begins his inquiry this week into the disturbing failures that enabled Fort Hood shooter Maj. Nidal Malik Hasan to stay in uniform, it must go beyond the normal excuses related to bureaucratic bungling.

With the discussion last week devolving into interagency finger-pointing, lost was the simple fact that the failures were systemic. Although the military has done valiant work fighting in Muslim lands, it doesn’t seem to grasp how to assess when Muslim personnel could pose an internal threat.

It’s easy to rely on hindsight to second-guess after the fact, but based on what we already know, Hasan had openly embraced Islamic jihadist ideology. Apparently no one who learned of his online screeds or his verbal rants to colleagues, however, understood this.

What officials knew about Hasan was neither trivial nor inconsequential.

In spring, Hasan wrote an Internet posting that compared suicide bombers to soldiers who sacrifice their lives by falling on a grenade. His reasoning was that suicide bombers “help save Muslims by killing enemy soldiers.”

No more explicit justification could be made for the terrorists who have been targeting U.S. service personnel in Iraq and Afghanistan. Yet reports indicate there was no formal investigation into a soldier who praised suicide bombers who “save Muslims” by killing the very people among whom he lived and worked.

More ominous is that only mild concern was sparked by Hasan’s repeated contacts with a cleric openly affiliated with al Qaeda. Although the content of the 10 to 20 e-mails has been described officially as related to “religious guidance” and Hasan’s “research,” no rationale could possibly exist for any soldier independently contacting a high-level enemy figure.

Around the time from late 2008 into early this year that the two were in contact, imam Anwar Al-Awlaki issued a fatwa calling on Muslims to kill U.S. soldiers in Iraq. In January, Mr. Al-Awlaki published a manifesto aptly titled “44 Ways to Support Jihad,” a how-to manual on all the paths available—from violence to finance—for his followers.

Had investigators merely Googled Imam Al-Awlaki, they would have found his jihad manual and an in-depth profile on him at the web site of the NEFA Foundation, a U.S.-based counterterrorism organization that maintains the largest public database of open-source terrorism intelligence. They also would have been reminded at the NEFA Web site that Imam Al-Awlaki’s recorded sermons helped inspire the terrorists who unsuccessfully targeted Fort Dix, N.J., three years ago. In fact, the Fort Dix plotters specifically praised the imam’s lecture encouraging self-motivated jihad.

None of that mattered to investigators, because Hasan didn’t explicitly discuss violence or terrorism with his mentor. Traditional metrics for assessing criminal danger, though, do not neatly apply to jihadists.

Most jihadist attacks are not driven by appeals to violence or wanton bloodlust. The stated motive for most jihadists is some form of defending Islam or innocent Muslims from an evil aggressor.

Someone falling into the lure of jihadist ideology becomes a threat long before he even discusses violence. Danger begins with the embrace of a paranoid worldview in which the United States has waged war on pious, peace-loving Muslims. That the United States is fighting self-identified Muslims in two Islamic nations, of course, only makes it easier for jihadists to win over Muslims.

Hasan didn’t just parrot jihadist lines about evil America, though. He openly argued for Islamic violence against the United States. And that was just what he said in front of his colleagues.

Yet despite a pattern of truly incendiary comments—such as telling colleagues during a PowerPoint presentation on Islam in 2007, “We love death more then [sic] you love life!”—he remained in uniform. Much of the evidence points to a critical question: Was Hasan treated differently because he was a Muslim?

Perhaps the simplest analysis is by way of comparison. In one reported instance, Hasan told his colleagues that he supported the Muslim who shot two soldiers, killing one, at a military recruitment center in Little Rock, Ark.

Imagine if Hasan had instead been a secular, garden-variety anti-American radical who told his colleagues that he supported the murder of his fellow soldiers. Is there any doubt such remarks would have generated at least more than the indifference Hasan’s various comments did?

Just as Muslim soldiers should not be presumed unpatriotic, less cannot be expected of them than from their non-Muslim peers.

Defending terrorists and openly identifying with the enemy should be an obvious infraction for any soldier. The same goes for demonizing America or contacting known terrorists.

If the military doesn’t change the mind-set that allowed those actions to be ignored or shrugged off, the consequences could be even more devastating the next time.