Passport outrage: Official who caused the crisis set to be promoted 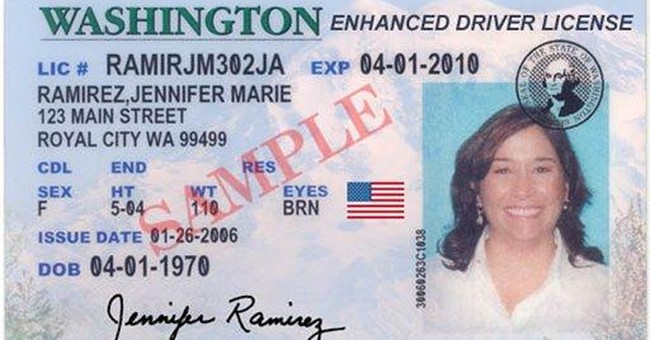 She was hailed by many for her contrite performance. Unfortunately, though Harty was apologetic, she was not entirely honest. Not only that, the Senate did not learn the full extent of her personal culpability in creating the passport mess with a series of blunders.

And on the heels of creating a backlog of two million passport applications and then misleading Congress about it, Harty is poised for a promotion. Unless the White House acts to stop it, Harty could soon ascend to one of the top positions at the State Department.

How the crisis really happened

The State Department’s public line is that the new rules requiring passports for most Western Hemisphere air travel caused a surge in applications, and Harty’s office relied on a private consulting firm’s estimate of 16.2 million passport applications this year—a number that proved too low by roughly 1.5 million.

The reality, however, is that following the private consulting study, provided by BearingPoint, would have lead to slightly overestimating the number of passport seekers.

When questioned at the hearing about how she could have missed the mark so badly, Harty tried to shift the blame, responding, “[W]e predicted 16.2 million based on our study with BearingPoint.”

The BearingPoint study, however, did not produce the 16.2 million figure; Harty and her staff did. The results of the report, in fact, would have lead to a calculation of approximately 18 million applications this fiscal year—just slightly over the number expected to be filed.

State’s and DHS’s interpretation of the BearingPoint study—which estimated only the number of people who would apply for a passport to comply with the new travel rules—was that 4.1 million travelers would do so in the first year. That figure would only result in a total of 16.2 million if the number of people seeking passports would otherwise stay flat from last year. But that would ignore entirely recent history.

Since 2003, passports have been a growth business, with applications rising by an average of 18% annually between that year and 2006. And that 18% yearly increase was before the implementation this January of the Western Hemisphere Travel Initiative.

Simple math dictated that far more than 16.2 million would apply for a passport this year. Adding 18% growth over the 12.1 million passports issued in fiscal year 2006 to the 4.1 million figure results in a total of just over 18 million. (BearingPoint was willing to release its study, but a spokesman said the company contractually needed State’s permission to do so. State refused to release the report before publication of this column.)

How Harty made matters much, much worse

But even then, if Harty’s office had only committed the sin of a bad prediction, the mess never would have become a full-blown crisis.

Converting what would have been a short-term logjam into a yearlong nightmare were several factors: 1) Harty staffed at the low end of what would be necessary to process her tragically low projection of 16.2 million applications, 2) she had no contingency plans, and 3) she inexplicably refused to react when it became clear that she had woefully underestimated.

Rather than err on the side of caution on staffing, Harty hired the bare minimum to deal with the number of passport applications she expected this year, 16.2 million. Aggravating matters, Harty apparently lacked meaningful contingency plans. No blueprint was in place, for example, to ramp up staffing if needed.

There was already a glaring need for additional staffing late last year.

As early as last November, applications were coming in at a much higher rate than her office expected, receiving 250,000 more than projected for that month alone. This January, Consular Affairs received 1.8 million applications, or 600,000 more than expected.

By her own admission, this flood of applications did not convince Harty to change course. She thought it was a blip.

For reasons that aren’t entirely clear, Harty waited until this March—nearly five months after it became apparent that her estimate was astonishingly insufficient—to hire more staff than originally planned for processing passports.

Harty had every reason to err on the side of caution. The price of underestimating applications and then going into crisis mode has been extremely high. Passport centers have been working nights and weekends, State has brought back retirees, and call center capacity has had to expand exponentially. Not only would more staffers up front been much less expensive, but they would have been needed for years to come. According to Harty’s testimony, 23 million applications are projected for next year, and the number could hit 30 million by 2010.