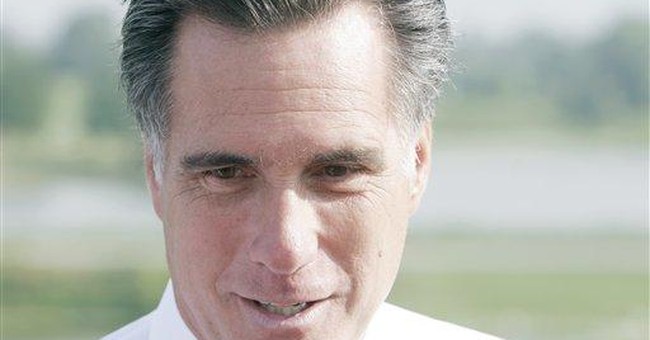 Each candidate in the 2008 Presidential race will undoubtedly offer a health care plan. Those plans will include initiatives ranging from a single payer system, to employer mandates, to tax incentives for the purchase of private health insurance. But only one candidate has actually done something, waded into the issue and emerged with a successful plan that does not resort to one-size-fits-all, government run "Hillary Care." That innovative candidate is former Governor Mitt Romney.

On April 12, 2006, Governor Romney signed into law landmark legislation ensuring that every resident of Massachusetts would have access to affordable, portable, quality private health insurance – without higher taxes, an employer mandate or a government takeover of health care.

Massachusetts was afflicted with many of the same problems that plague the health care system across the country. There was no easy way to buy affordable insurance except through an employer. Without the employer option, it just was not feasible for many people to buy health insurance. As a result, they had to resort to emergency room care and the taxpayers ended up footing the bill. People choosing their health care provider could not get critical information about the cost or quality of care, and excessive state regulations reduced choices and drove up costs.

When Governor Romney decided to tackle the double-digit annual increases in health insurance costs, the average uninsured resident in Massachusetts had to pay $335 a month for private health insurance, which did not include coverage for prescription drugs and featured a $5,000 deductible. Moreover, the state was spending over $1.3 billion a year on "free care" for the uninsured.

Governor Romney actually got the Democrat-controlled legislature to enact a plan that addressed these problems. He took the time to understand what makes private health insurance markets work and transformed the market in his state from one that was government-controlled to one that allows competition to flourish.

Governor Romney's health care plan featured a number of reforms. First, his plan deregulated the overburdened Massachusetts insurance market to reduce the cost of private insurance, while giving consumers more choice from a broader range of plans. Second, the plan addressed the problems caused by the fact that many people could not get healthcare through their employers and could not afford it on the individual market. Third, he redirected the millions of dollars that were being spent on free emergency room care and used it instead to help those who truly were not able to afford private health insurance.

Finally, Governor Romney recognized that competition is the key to the success of any market – so doing what no one had ever done before, he created a new market where consumers can go to pick the health care plan that suits them best. Called the "Connector," this marketplace is not a new regulatory agency or insurance purchasing pool. It is a place that gives people access to more choices, better information, and lower costs in selecting a private health insurance plan. The Connector also provides a way for individuals to purchase insurance with the same pre-tax advantage given to those buying insurance through their employers. Even better, the Connector gives people the chance to buy private insurance independent of their jobs, so that they don't have to worry about losing their coverage when they change employers.

But Governor Romney's reforms did not stop at reducing the cost of insurance today. He also tackled a number of reforms that will help reduce the rise in health care costs over the long-term. His plan included medical transparency provisions that allow consumers to compare the quality of hospitals and providers, while tracking and recording the costs associated with the care they provide. The reforms also instituted measures to encourage the use of electronic health records, which will reduce medical errors and lower costs.

What's been the result of all these reforms? Although the reforms were signed into law just over a year ago, the changes are dramatic. The same uninsured individual whose choice was formerly limited to a policy with a $335 a month insurance premium with no drug benefits and a $5,000 deductible now can purchase quality private insurance, which includes coverage for prescription drugs, office and emergency room visits, and a $2,000 deductible, for $175 per month. Between July 1, 2006 and May 1, 2007, nearly 125,000 previously uninsured residents of Massachusetts got health insurance coverage.

Taxpayer-funded "free care" is falling at double-digit rates, because the Romney reforms no longer allow people to let others pay for their health care if they can afford their own health insurance. Those who previously couldn't afford health insurance now have the help they need to get access to affordable, quality, portable private coverage. And, as he promised, Governor Romney did all this without raising taxes and without a government take-over of health care.

All of Governor Romney's reforms are consistent with the goal of making private health insurance more available, flexible, and affordable. That is why many conservative organizations have hailed Governor Romney's health care reforms. The Heritage Foundation called it "one of the most promising strategies out there." Massachusetts Citizens For Limited Taxation said that Romney's plan was a responsible solution to America's health care challenges. And the Ethan Allen Institute praised Governor Romney's plan because of its focus on personal responsibility and choice.

The bipartisanship, innovation, conservative statesmanship and creativity he exhibited confirms my view that he is the kind of leader this nation needs.