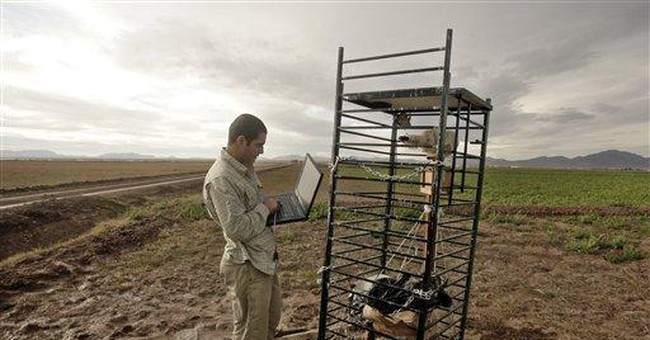 Unbelievable. The only word to describe the efforts of California Attorney General Jerry Brown to muzzle the voice and votes of the more than seven million Californians who voted in favor of Proposition 8.

As the State’s chief law enforcement officer, Mr. Brown has sworn to represent the people and defend their will as expressed in the state constitution, which includes Proposition 8. Yet, he has brazenly ignored that duty and turned his back on the people who elected him, choosing instead to serve as a mouthpiece for the extreme demands of the homosexual agenda.

On Friday, Mr. Brown submitted a brief urging the California Supreme Court to strike down Proposition 8. By doing so, the people’s spokesperson has not only refused to speak for them; he has acted in outright defiance of their will, demanding that the Court take a jackhammer to the people’s broad power to amend their constitution through voter initiatives.

Instead of speaking on the people’s behalf, Mr. Brown debases their role in California’s constitutional scheme. Under both the federal and California constitutions, all government power ultimately rests in the people; thus, the people reign supreme over their government.

Californians reserved this voter initiative power because, they distrusted government officials – politicians and judges alike – and wanted to affirm “the fundamental idea that this government belongs to . . . the people.” This initiative power acts as a “safeguard,” enabling the people to override the improvident (or inadequate) exercise of government authority.

The California constitution does not express skepticism or, worse, outright disdain for the people or the “will of the majority.” It demonstrates reverence for them as the ultimate source of governmental power – and distrust for government officials, a distrust justified by the actions of Mr. Brown.

By enacting Proposition 8, the people have reaffirmed an important social institution and clarified the constitutional right to marry as interpreted by the California Supreme Court. Indeed, clarifying constitutional issues and counteracting the improvident exercise of government power are the precise purposes for which the people reserved their initiative power. Yet, Mr. Brown has chosen not to advance this message on the people’s behalf, preferring to sweep aside the very essence of California’s constitution and distort the historic understanding of the people’s broad initiative power.

Although Mr. Brown has chosen not to speak for the people, at least he can’t single-handedly hush them. For the time being, their marriage proclamation is alive and well in the California constitution. Only the seven justices of the California Supreme Court have the authority to issue the ultimate “gag order” and silence the people.

History has taught us that citizens do not respond well when the courts stifle their voices on passionately debated issues of social policy. As U.S. Supreme Court Justice Antonin Scalia said on the issue of abortion, “foreclosing all democratic outlet for the deep passions” raised by these hotly contested issues “merely prolongs and intensifies” the battle.

Therefore, California’s high court should resist Mr. Brown’s invitation to suppress the people’s voice. This public-policy debate must continue – not as a forum for imaginative legal theories inviting judicial fiat, but as genuine debates of social science and public policy before Californian voters. If the advocates of same-sex “marriage” want to undo Proposition 8, they must win the battle of public opinion by changing the hearts and minds of Californians.

Rejecting the current legal challenges to Proposition 8 will ensure that the voice of all the people, on all sides of the issue, will be heard in the all-important, society-shaping debate over marriage. Despite what Mr. Brown thinks, this is how important questions of social policy are resolved under California’s democratic constitution.