Open Season on Democrats: No Joy for Mary Jo Kilroy 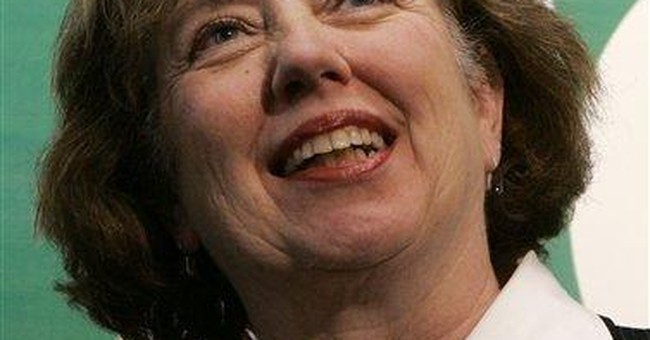 When you take a look at the numbers in Ohio’s 15th Congressional district, things start to look pretty bad for incumbent Democrat Mary Jo Kilroy.

Republican Steve Stivers challenged Kilroy in the 2008 cycle in a blistering campaign that was one of the hottest races of the season. It was then that Bruce Springsteen held a free concert on behalf of Barack Obama’s presidential campaign, to drive Democratic voter registration at Ohio State University. Ohio State is a key swath of the 15th district, and the concert paid off: about 18,000 students turned out in Obama’s favor.

Those 18,000 students also checked off the box of the other Democrats on the ballot, one of them being Mary Jo Kilroy. But even all of those votes resulted in a mere 2,000 vote loss overall for Steve Stivers.

“I got blown out on campus,” said Stivers, of his 2008 campaign. “Two years ago Obama brought a huge turnout from Ohio State. I don’t think you could argue that too many of them came out to vote for Kilroy.”

Now, the Stivers campaign has an entire plan around the Buckeyes. And he has some great material on which to build that plan – Kilroy’s jobs-killing agenda, which is the number one priority for Ohio State students. Danelle Gagliardi, a 19-year-old sophomore, has been working for Stivers campaign since the start.

“People were waiting for the hope and the change after Obama’s election, and now there’s no results,” said Gagliardi. “People are graduating, and they’re not getting jobs, and you’re wondering what’s going on. People are getting fired up again.”

Stephen Cheek, a senior, served in the military before pursuing a major in politics and international relations.

“A lot of the students who went to the polls [in 2008] wanted to follow the agenda Obama promised back then, and they thought Kilroy was going to do that, too,” said Cheek. “I think that this election is going to be totally different. Students are smart.”

Republicans were outspent 2-to-1 in the district last cycle, with Kilroy dropping a cool $2.1 million on the race, to Stivers' $941,000. With six months to go in the race, Stivers has raised $1.1 million, with $830,000 on hand, while Kilroy has raised $1.5 million, and has $847 on hand. That’s an encouraging start to a race which again will be one of the most-watched this season.

Another factor is the jobs situation in northern Ohio, which has a niche industry in medical device manufacturing. Kilroy’s “yes” vote for health care includes a massive new tax on medical devices that promises to send even more jobs out of the state. She’s also voted “yes” on finance reform, cap-and-trade, and every other key issue that middle-of-the-road voters might not like in this bellweather state. But no polling has been conducted on the race since the May 4 primary election, and even Stivers admits that it’s going to be a hard-fought race. He’s knocked on 20,000 doors since starting his campaign and is taking nothing for granted.

“This is truly one of the swing districts in the country,” said Stivers. “But I feel pretty confident…that she has a real problem with her image.”