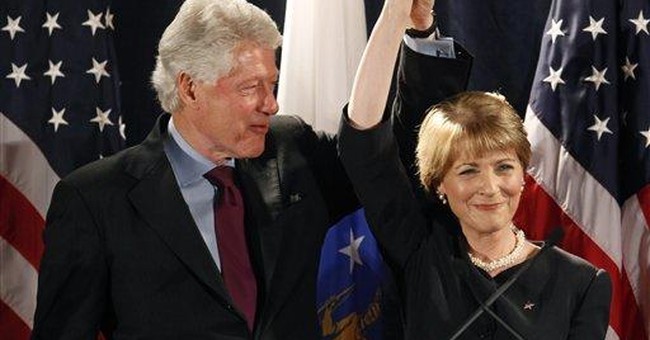 1. She stated explicitly that pro-life Catholics shouldn’t work in the medical professions; in other words, Catholics have no right to act upon their conscience while performing their jobs. That’s a clear violation of freedom of religion. In Coakley’s words: “You can have religious freedom but you probably shouldn’t work in the emergency room.”

2. She stated explicitly that she doesn’t believe there are any more terrorists in Afghanistan: “The mission in Afghanistan was to go in because we believed that the Taliban was giving harbor to terrorists… they’re gone. They’re not there any more.”

3. She stated explicitly that obtaining endorsements from Democratic politicos are more important than winning the support from the actual constituents of Massachusetts. Coakley angrily said political endorsements were preferable to “standing outside Fenway Park, in the cold, shaking hands” – precisely what her opponent, Republican Scott Brown, was doing.

4. The same statement revealed that she was unaware of the importance of Fenway Park, and the Boston Red Sox, to the people of Boston, the most important city in the state. Boston is perhaps most well known for the dedication of its fans to both the ballpark and its team.

5. Her campaign aide (an Obama presidential appointee) roughed up a reporter during a campaign event. Coakley claimed to not have seen the incident, despite a photo that was published later on showing that she stared directly at the reporter while he was on the ground. She still refuses to apologize or even condemn the action taken by her staff.

6. While a District Attorney, Coakley pressured an appointed governor to ignore recommendations of a parole board, which had overturned convictions on a mother and daughter on charges of child abuse. They had been convicted along with the mother's son, despite the fact that no evidence of the crimes ever existed, and the only testimony provided was coerced from young children. The parole board not only insisted that the trio was never guilty, but that no crimes had ever been committed in the first place. But Coakley pushed the sentencing of all three, and was more lenient on the mother and daughter, because such crimes are “usually” the result of “a primary male offender."

7. She’s using the late Sen. Edward Kennedy’s memory to raise campaign cash, earning over a million dollars by appeals from Kennedy’s widow. Meanwhile, her opponent, Republican Scott Brown, has earned nearly the same amount simply by appealing to the hearts and minds of Republicans in Massachusetts and across the nation.

8. She’s relying on President Obama to campaign for her during the eleventh hour, despite kicking her feet up the other three months of her campaign – apparently because she thought Massachusetts voters would blindly vote for whatever Democrat was thrown in front of their faces.

9. She’s an outspoken advocate of the health reform bill which, in it’s latest iteration, will exclude union members and government workers from taxes on health insurance plans while taxing other classes of Americans; this will further incentivize union membership and funding of Democratic candidates.

10. She will provide the crucial 60th vote for Senate Democrats, allowing them to maintain the Democratic supermajority, and pass health care.