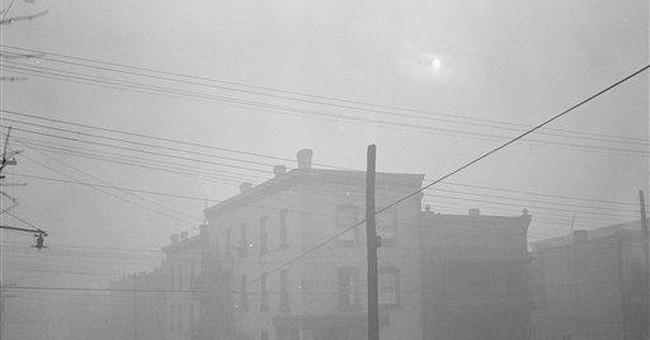 Republicans are revving their engines in the cap-and-trade debate, trying to stymie legislation that will probably reach the House floor before Memorial Day.

The main thrust of their efforts is an "all of the above" approach to climate change, which House leadership pushed via a 20-member meeting in the Capitol today.

The event, called the American Energy Solutions Group Energy Summit, emphasized the feasibility of reducing global warming by pushing for other methods of energy production not in the Democrats’ plan. The summit was led by House Republican Conference Chairman Mike Pence (R-Ind.) and featured policy wonks and state-level politicians.

The Democrats plan would do the opposite of "lowering energy cost, increasing supply, and providing energy for the American people," said Pence. He said the region of the country that he represents - the Midwest - would suffer the most because that area of the country is most reliant on the use of fossil fuels.

There was urgency in the air. Democrats recently stated intentions to pass legislation before the end of the year, and an outside group has estimated the cost of their plan at $10,000 per American family. As the conference took place, Democrats were holding invitation-only meetings about cap-and-trade inside the White House.

The Republican get-together was large, open, and broadcast on television.

"What are the Democrats doing now?" asked Rep. John Shimkus (R-Ill.) in front of a room full of reporters and cameras. "They're trying to cut a deal behind closed doors."

The "potential for unintended consequences" on cap-and-trade is "limitless," said Paul Cicio, President of Industrial Energy Consumers of America, another speaker at the summit. The legislation threatened to dismantle the manufacturing industry, create trade wars, and make carbon into a competitive weapon.