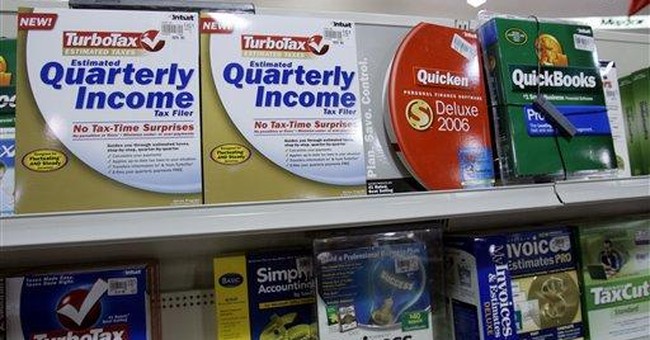 If you're educated, there's a better chance you're in favor of higher taxes. If you're a man, you're more likely to be amenable to higher taxes than if you're a woman. And no matter who you are, you're probably estimating your overall tax burden to be 5-10 percentage points less than it actually is, meaning that a large majority of Americans are paying far more than they think they're paying.

These were the findings of a new Tax Foundation report that asked respondents how they felt about the federal income tax and other tax issues. The results weren't surprising, said American Enterprise Institute Senior Fellow Karlyn Bowman.

"I think that their findings are pretty much in line with what they've found in other polls. Americans are resigned to the federal income taxes they pay," said Bowman.

Americans think that what they pay is fair, but that taxes as a whole are too high, she said. It's a weird breakdown of the blame game where taxpayers believe they're being taxed at lower rates than they actually are and - depending on the demographic - aren't complaining about it.

When the Tax Foundation asked “What is the maximum percentage of a person’s income that should go to taxes – that is, all taxes, state, federal and local?” Respondents gave an average figure of 15.6 percent, though the Foundation estimated American's average tax burden at 28.2 percent.

Bowman also said this was unsurprising.

"Even paying a lower level of tax rates, it’s still a big chunk of your income," she said.

"Even liberals are split about 50-50, so if you're the most liberal person in America, there's a good chance you think your taxes are too high," said Ellison. "Given that most liberals push for higher taxes, that's interesting."

The Tax Foundation surveyed attitudes towards individual taxes as well. The areas of taxation that garnered the most disapproval from respondents was the gasoline taxes and the death tax - despite the fact that gasoline taxes amount to much less than federal income taxes (which respondents were less opposed to) and the fact that death tax only affects a small percentage of high-earning Americans.

J. Justin Wilson, a senior research analyst at the Center for Consumer Freedom, says that's just evidence of the way Americans feel about the government intervening on

"For the same reason Congressional Democrats chose not to use the tax system as a punitive measure of reigning in AIG bonuses, the same holds true for using the tax system to change American lifestyles," he said.

Apparently, most American's just won't stand for it.