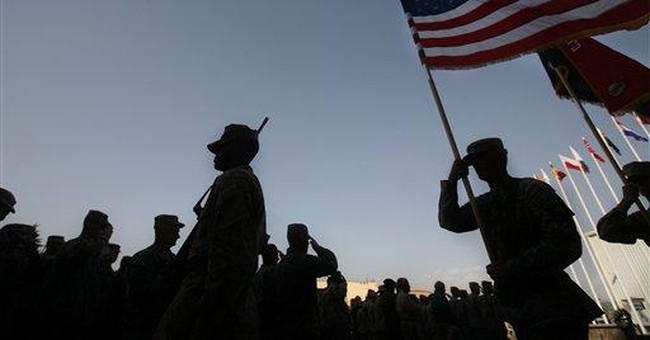 This column originally appeared on CNBC.

I’m sure you haven’t forgotten, but today is 9/11. Ordinary people remember even if the media elite will give this anniversary small coverage. Let’s not forget why Al Qaeda hit the WTC, because they don’t believe free market capitalism is the best path to prosperity. In fact, they hate it. It has been destroying their hold over vast swaths of the world whose people reject Jihadism in favor of a life of peace and prosperity.

They thought they would collapse the global economy, and instead they barely gave us a minor recession. They underestimated the resilience of decentralized markets. They thought of Manhattan as some kind of capitalist Mecca, without which our system would shut down. But markets are just meeting places. Attack one, and people will meet and exchange someplace else. As long as there are free people anywhere in the world, there is a market. It doesn’t have a capital with a palace or a caliphate. It can’t be destroyed with a bomb or a plane.

2,500 years ago, Persia (now called Iran) attacked the Greek Peninsula. They were turned back decisively by a small band of 300 warriors at the pass of Thermopylae. The Persian emperor was shocked. Later, he told a Greek historian that all over the East he saw cities with palaces and temples in their midst, and he saw those cities as strong. But in the West, he said, the cities had empty spaces in the center reserved for open markets.

He took this as a sign of weakness, and so he attacked. He found that these marketplaces created a stronger people than the monarchies and theocracies of the East, because a large state creates a small people. While a small state doesn’t mean a lack of power; it means distributed power. It creates the kind of warriors who will fight to the death because they defend what is theirs. Their families; their cities; their farms; their markets. Unlike the conscript armies of the empire; they fight without a whip at their back. They fight for what they love.