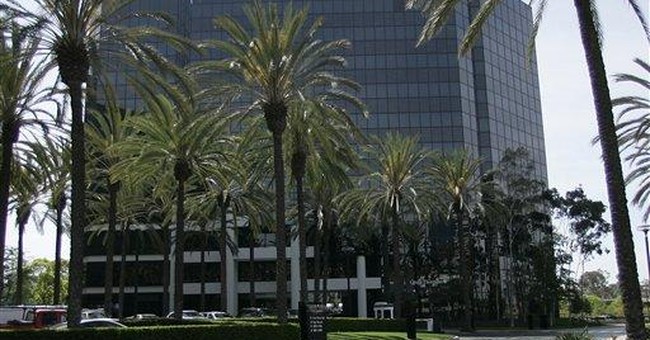 It's not sub-prime; that asset class just isn't nearly large enough. It's not the business cycle; profits are up substantially over the last quarter. It's not the consumer economy; our personal income statements and balance sheets are up to the challenge of paying our bills. It's not a cash drought; people are buying safe securities like Treasuries, which means they're buying, which means they have money.

It's the credit cycle. There's a kink in the hose. People want to buy houses, and they have jobs. They can pay their mortgages. There are houses available to buy; in fact, the inventory of unsold homes is rather high.

Investors have money to loan to home buyers, but for some reason it's not getting there. The lenders have gone on strike, and like the railroad strikes under Truman or the steel crisis under JFK, the strikers are big enough to do some real damage. The institutions on strike are large and it's going to take a large institution to solve it – the office of the President of the United States.

This is a Presidential moment.

At times like this, the President gets the major players in a room, locks the door and gets to the bottom of things. Truman did it with railroad companies and unions. Kennedy did it with steel companies and their unions. It worked both times.

Imagine a high profile meeting which involves the mortgage brokers, the banks, the hedge fund guys, the regulators and the builders and all of them accompanied by the top staffers who know the details. At the top: Bush, Bolton, Paulson. The meeting would be high-profile, but off-the-record. It would not be a regulatory witch-hunt. Bernanke should be there too; just because the Fed is independent doesn't mean they're quarantined.

Remember the scene in It's a Wonderful Life when a terrified man asked George Bailey for his money back? Bailey said "you've got it all wrong, your money's not here, it's over there in Martini's house. He's good for it. He'll pay you back."

Most of the people with savings accounts calmed down, and the Bailey Building & Loan survived. It's more complicated now, but the fundamental structure of the credit cycle is the same – savers, through various intermediaries, loan money to home-buyers.

Somewhere between the saver and the buyer there's a kink in the hose. It's the job of our nation's Chief Executive to find it. Anything else leaves a severe leadership vacuum.