The Government and the Food Safety Modernization Act 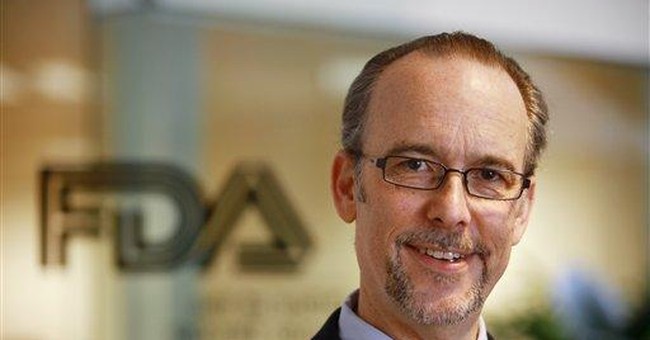 We have the safest food supply in the world today - it has actually never been safer. But there is always room for improvement. After more than a year of deliberation and negotiation, the Senate is poised this week to pass The Food Safety Modernization Act. The legislation enjoys the rare distinction of having broad bipartisan support. But the bill is at risk of being derailed by a misguided and unnecessary amendment to ban something that does not pose a real threat: bisphenol A (BPA).

The Ban Poisonous Additives Act, sponsored by Sens. Schumer (D NY) and Feinstein (D CA), would bar the use of BPA, a key component used to make epoxy resins and polycarbonate plastic, in food and beverage containers. When asked why she proposed this amendment, Sen. Feinstein made simplistic statement: "I feel very strongly that the government should protect people from harmful chemicals."

The recent target of radical environmental activists and ratings- seeking media alarmists, BPA has been accused of being associated with an assortment of adverse health effects, none of which are supported by acceptable scientific evidence or have been validated by FDA. BPA critics have called the widely-used chemical the "biological equivalent of global warming," and claims of its health effects run the gamut from autism to cancer to genital and reproductive abnormalities.

Not to be outdone by the global warming alarmists, the anti-industry BPA fear mongers continue to propound flimsy "evidence" unsupported by any reputable scientific body.

No fewer than 11 global regulatory agencies, including FDA, have examined the science and concluded that BPA is not a risk to human health. In its statement (released in January 2010), FDA concluded that BPA "is not proven to harm children or adults..." This is consistent with FDA's 2008 finding, which was updated at the insistence of politicians and activists at a great cost to taxpayers. If this overly precautionary FDA believed, after two thorough reviews, that BPA posed a harm to anyone, they would not have left it on the market. The science has spoken again and again, yet these anti-BPA activists posing as scientists continue to use scare tactics and ignore decades of convincing scientific research to waste money and frighten Americans into echoing their ideology.

And now after all the reviews, Senators Schumer and Feinstein think they know better than the scientists. Eager to earn points with their base, they are ignoring the science and the experts at FDA so they can make political hay based on the fears of their frightened constituents. This politically-fueled amendment is doing more than threatening the food-safety bill and the U.S. regulatory system's reliance on science-based decision making; it is threatening the economy and public health.

Banning BPA would be financially devastating to an already challenged economy. This unfounded ban could shutter canneries and other manufacturing facilities, putting many thousands out of work. Banning the use of BPA in the canning process would raise the cost for many products, severely harming the food and beverage manufacturing industry, and increasing the cost of canned food and drinks for everyone.

This bill also ignores the fact that there is no practical, safe, and affordable alternative for BPA in many products. Prior to the use of can liners made with BPA, packaged food contamination, including botulism, was a serious public health problem. Banning BPA would jeopardize food safety and public health in general - ironically, the exact thing the Food Safety Modernization Act is meant to protect.

Once again, busy-body government officials are trying to interfere with the daily life of Americans, and by doing so, threatening to aggrandize federal agencies' power and reduce consumer choice while increasing consumer costs. It's bad enough when environmental alarmists and media presume to know better than science, but it's downright frightening when legislators buy into their propaganda.