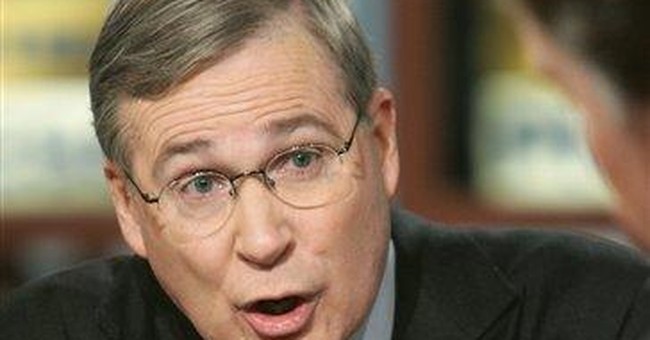 One correct course of action being embraced by President Bush in his most recent Iraq strategy is the public pursuit – and prosecution – of Iranians caught in action fighting against the coalition, and against the government, in Iraq.

Regional interest in post-invasion Iraq has been clear from the outset. At the time of the initial invasion, American special operators took on the mission of line-of-communication interdiction, guarding the main transportation routes from Iran and Syria into the country. However, there has been little public response since, by the American or Iraqi governments, to the proliferation of men, money, and materiel across the Iraqi borders.

That appears to be changing. The first account of Iranians being apprehended in Iraq came on Christmas day, when the New York Times reported that four men from that country – including senior military officials suspected of being members of the Quds force of the Iranian Revolutionary Guard, which has been responsible for training members of Hezbollah and other terrorist groups – had been taken into custody during raids “conducted against groups suspected of carrying out attacks on Iraqi security forces and civilians.”

Only days ago, US military leaders in Baghdad acknowledged that five more Iranian Revolutionary Guard members had been arrested in northern Iraq on suspicion of funding and arming insurgents.

National Security Adviser Stephen Hadley has been using his recent media appearances to explain the change in tactics, saying, "We know there are jihadists moving from Syria into Iraq. ...We know also that Iran is supplying elements in Iraq that are attacking Iraqis and attacking our forces. We are going to need to deal with what Iran is doing inside Iraq.”

“Iranians in Iraq are doing things that are putting are people at risk, of course we have the authority to go after them and protect our people,” he added.

America cannot stop the insurgents alone, though; the support of the elected Iraqi government is a necessary factor in our ability to succeed in securing the nation and stemming the tide of foreign fighters and weapons crossing the border.

“The Iraqis have to seize this opportunity to sort out with the Iranians just what kind of behavior they are going to tolerate,” said a senior military official. “They are going to have to confront the evidence that the Iranians are deeply involved in some of the acts of violence.”

It is indeed an opportunity for the Iraqi government to decide, and demonstrate, just what they are willing to tolerate. Iraqi President Jalal Talabani was reportedly ‘unhappy with the arrests” of the first Iranians taken into custody, and his displeasure is unsurprising if looked at from the point of view of many who have been displeased – at best – with his inability (and apparent unwillingness) to stem the Iranian invasion and the domestic sectarian violence within the nation. The publicization of these developments – the detainment of Iranians suspected of active plotting and terrorist activity within Iraq – not only throws the spotlight on Iran, as they will have to answer for their own people having been caught in Iraq, but also puts the onus on the fledgling Iraqi government, forcing them into taking a public stance on Iranian insurgence and activity within their country.

As these arrests and captures mount, Iran will be increasingly shown to be actively – and provably – working to further destabilize Iraq. In response, the Iraqi government, whom we have been trying for some time now to get to stand up for itself, will be forced to do just that – or accept the inevitable fate of acquiescing fully (and publicly) to Iran.

As Hadley said, “Any time you have questions about crossing international borders there are legal issues. We intend to deal with it by interdicting and disrupting activities in Iraq sponsored by Iran.”

In this case of apprehending the enemy, regardless of origin, in a combat area, America is doing the right thing. For their own sake, and for ours, the Iraqi leadership needs to fully recognize that Iran is no friend of theirs in the region, and to finally take a public – and private – stand for their allies, and against their enemies, Iran and Syria.

We can urge them to make the correct decision; however, we can neither make it, nor enforce it, for them – thus leaving us with a bit of a Catch-22 situation in the region. While we cannot afford to leave until the insurgency has been put down, the President is also attempting to convey to the Iraqi government that our commitment is not “open-ended” – and, thus, that we are willing to depart before it has been defeated.

Putting the Iraqi government on the spot by apprehending the Iranians and Syrians we catch in-country, and by publicizing both their actions and their captures, will serve not only to show those paying attention that Iraq’s neighbors are interfering – very violently – in the affairs of the unstable, fledgling democracy, but it will also put enough pressure on the government itself to make the correct decision with regard to those countries, and take a more active role in putting down the insurgency and in preventing the influx of foreign fighters.