More Politicians Should Consider Being a Public Person

Jeff Davidson
|
Posted: Nov 22, 2020 12:01 AM
Share   Tweet
The opinions expressed by columnists are their own and do not necessarily represent the views of Townhall.com. 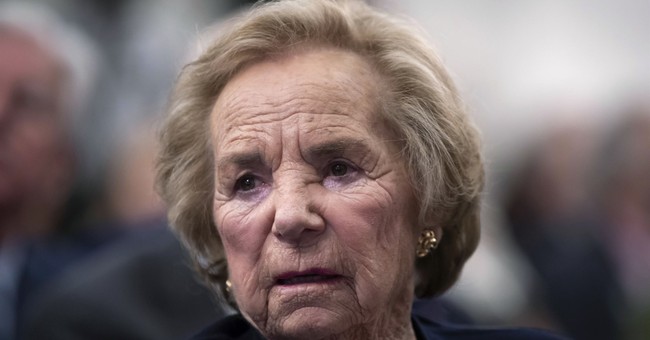 The election fraud concerns are heating up. Whether you're on the Left or the Right, every now and then, it's useful to step back and acknowledge that anyone who is running for public office, as well as anybody who is merely a public figure, has a personal side, largely unknown by the masses.

Donald Trump, Mike Pence, Joe Biden, Kamala Harris, Amy Coney Barrett, and untold numbers of individuals serving in the U.S. Senate or House of Representatives, governorships, state legislatures, or local posts, retire for bed each evening as you do, arise the next morning, and along with dozens of personal matters, make wardrobe choices, scheduling decisions, and so forth.

The Host with the Most

In October 1988, I was invited by a friend to attend a Democratic fundraising reception for a congressional candidate, running in Northern Virginia. I had voted for President Reagan in 1984 and was certain to vote for George H. W. Bush in November.

The reception was to be held at the home of Ethel Kennedy, now a widow for 20 years, in McLean, VA. Ever open to new experiences, I was eager to attend, although skeptical that the reception would actually be held within the walls of Mrs. Kennedy's home. I felt certain it would be held in the backyard, or in a special tent on grounds that were meticulously groomed for the event.

To my surprise, the event was held in her home and the hundreds of people who attended apparently were free to roam about the first floor without restriction. I found this to be totally amazing. Here was her home, called "Hickory Hill," that contained dozens of artifacts which current and future generations would clamor to see if they could.

History and Pop Culture on Display

Every room contained personal photos of Bobby Kennedy, Jack Kennedy, Jackie Kennedy, Ted Kennedy and the entire clan, as well as awards, citations, plaques, and personal mementos. Guests could have pocketed their choice of the smaller mementos at any time. Presumably none did. More astounding to me, Mrs. Kennedy seemed completely unconcerned about the possibility.

As I strode about the grounds, I made my way down to the pool house. Between a couch and a chair, on a phone stand, along with the phone, was a roster of phone numbers, typed and inserted in a plastic sleeve. I looked at the list. Ted Kennedy's congressional phone number and his private number in Hyannis were listed. Jackie Kennedy's personal phone number in New York was listed.

Other family members, celebrities' and luminaries' personal phone numbers were listed. The paparazzi or any reporter could have cashed in simply by copying the numbers on the list and selling them to the tabloids.

This pool house, this back yard, this house, on a typical street in McLean, VA had no fences, no guard dogs, none of what I would have expected the widow of a historical figure – a millionairess – to have.

Ethel Kennedy was, you see, a public person, circa 1988. I thought about all the time and energy that I, and most people I know, spend to safeguard our privacy, to ensure no one is looking over our shoulder when we're doing something as simple as reading a newspaper on an airplane. It seemed inconceivable that someone such as Ethel Kennedy could be so open and people-oriented, and not need the barriers and protectors that most of us believe we need.

As the affair ended, I marveled when Ethel Kennedy stood at her front door and bade all guests a fond farewell. She shook my hand and thanked me for coming as if I had been one of the Democratic Party's most staunch supporters and honored guests. After the encounter, I realized that one of the greatest secrets to being a public person might be to occasionally let down one's guard.

Obviously, much has changed since that time, and politicians running for office, as well as public people in general, have to be on alert. One never knows what could happen, in an instant. Still, you have to marvel at the ability of those who brave the public arena and put themselves out there with the masses, with the supporters, with the potential nutcases, and with all that's going on.

It seems doubtful as a society that we will ever return to a time when public figures can move about relatively freely among us, but I sure hope that one day that is the case.