What A Surprise, Liberal Moderators Again!

Jeff Crouere
|
Posted: Sep 03, 2016 12:01 AM
Share   Tweet
The opinions expressed by columnists are their own and do not necessarily represent the views of Townhall.com. 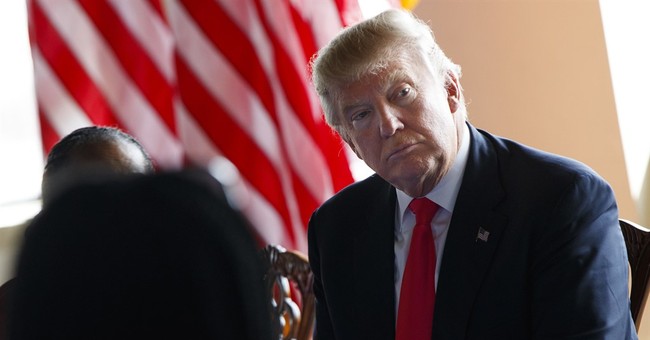 Every four years, Republican presidential candidates walk into a big trap: the debates. The supposedly non-partisan Commission on Presidential Debates leans decidedly left. The co-chairs of the commission include an establishment Republican, former GOP Chairman Frank Fahrenkopf, Jr., and a former Clinton Press Secretary, Mike McCurry. Neither of these gentlemen is a conservative, and both are probably privately supporting Hillary Clinton for president.

The group’s board of directors consists of liberals like former television anchorman Charlie Gibson, and so-called moderate Republicans like former U.S. Senators Olympia Snowe and John Danforth. In fact, in an interview last December, Danforth lamented the conservative direction of the Republican Party and labeled Donald Trump “a self-proclaimed great man.” It is an outrage that the debate commission would keep on their board of directors someone who holds such anti-Trump views.

Clearly, the Commission on Presidential Debates is biased against any conservative like Trump. However, even a moderate like 2012 GOP presidential nominee Mitt Romney faced unfair treatment. In the infamous encounter with moderator Candy Crowley, Romney was denied the opportunity to make a final statement, even though it was outlined in the rules. Crowley also supported President Obama in a dispute with Romney about the terrorist attack in Benghazi. Moderators are not supposed to take sides; they are supposed to be objective.

For the 2016 debates, the commission has once again chosen liberal moderators, with the exception of Chris Wallace of Fox News, who is a truly objective journalist. The liberals include Lester Holt of NBC, Anderson Cooper of CNN, and Elaine Quijano of CBS, and Martha Raddatz of ABC, who moderated a debate in 2012.

It should be noted that Republicans have long been skeptical of Raddatz since President Obama attended her wedding in 1991. Not surprisingly, she invited President Obama to her wedding. In addition, Raddatz’s husband was appointed by Obama to the FCC, so there should be no confusion about her allegiances. Her performance in the 2012 Vice Presidential debate was atrocious, as the incumbent Joe Biden was allowed to completely dominate his GOP opponent, Representative Paul Ryan, and interrupt frequently.

Elaine Quijano has used her position on CBS to advocate for illegal aliens and the threat of global warming. She claimed that this threat could cause a 10-foot increase in sea levels, which would put “much of South Florida underwater.” Since GOP presidential nominee Donald Trump has been tough on the issue of illegal immigration and believes that global warming is a hoax, it is doubtful that a moderator who holds such opposing views will be fair and balanced.

Lester Holt surely leans left and his feelings were exposed after President Obama’s recent speech to the Democratic National Convention. He described it as “a powerful arc embracing hope and optimism.” Undoubtedly, Holt would never describe a Donald Trump speech in such a manner.

The other moderator, Anderson Cooper, is clearly another liberal. For years, he has advocated for gay rights and same sex marriage. For example, in the aftermath of the terrorist attack in Orlando Florida, Cooper interviewed Florida Attorney General Pam Bondi. He used the opportunity to condemn her for opposing gay marriage, a view a liberal like Cooper believes is unacceptable.

With liberal moderators dominating the presidential debates, Hillary Clinton will surely have the advantage. This is no surprise to Trump, who knows the commission is biased against him. Back in July, he blasted the commission when it was announced that two of the debates were scheduled against NFL games. Trump tweeted to his followers that “As usual, Hillary and the Dems are trying to rig the debates so 2 are up against major NFL games.”

The commission claimed that the dates were set and could not be changed; however, if they wanted to avoid NFL games they could have scheduled the debates for Tuesday or Wednesday nights when there are no professional football games played. Instead, they chose to schedule at the same time, which will surely impact the audience for the debates.

Trump believes that the commission is trying to limit the viewing audience for the presidential debates as the DNC did in the primaries by scheduling debates on NFL game days. The DNC tactic was a ploy to help Hillary Clinton in her battle against Senator Bernie Sanders for the party’s nomination.

For these debates, despite the conflicts and the liberal moderators, there will be a significant viewing audience. Due to Trump’s personality and flair, there is tremendous interest in this year’s presidential race.

Hopefully, Trump will be given ample opportunities in the debates to present his ideas on how to move this country in a positive direction. The commission’s questionable scheduling and moderator selection notwithstanding, Trump should do well in these upcoming debates as long as he is treated fairly. Unfortunately, for a Republican presidential candidate, especially a maverick conservative like Donald Trump, to receive fair treatment in the presidential debates is far from guaranteed.